In her Budget speech, Finance Minister Nirmala Sitharaman stated that the government would actively push the use of artificial intelligence (AI) and drone technology to modernise and streamline procedures in areas such as education, banking, transportation, and infrastructure.

The government will push startups to develop a variety of drone applications, including drones as a service, through the ‘Drone Shakti’ programme. Apart from digitising land records, Sitharaman said the government will encourage farmers to utilise drones to assess land and spray insects.

Sitharaman stated that the financial assistance for digital payments provided in the previous budget would be continued in FY23. “This will encourage even more people to use digital payments.” She also mentioned that increasing the adoption of cost-effective and user-friendly payment solutions would be a priority. In FY23, the FM also proposed introducing e-passports with embedded chips for easier international travel.

Recognizing that the pandemic had a significant impact on learning and education, the FM urged that high-quality e-content be created in all languages. She stated that teachers will be given the authority to create this information, and that a digital university would be founded. She also stated that the government would create the ‘Desh Stack’ ecosystem, which would use online training to skill, reskill, and upskill citizens.

“The Budget puts a lot of focus on the adoption of technology,” said Kazim Rizvi, founder of public policy research tank The Dialogue. The finance minister has spoken about the employment of technology in a variety of fields, including agriculture, finance, trade, and education.”

“The linking of all MSME portals to function as live organic databases with services such as credit allocation, recruitment, skilling, and to enhance entrepreneurial opportunities for all, is a great use of technology,” he added.

“The Budget puts a lot of focus on the adoption of technology,” said Kazim Rizvi, founder of public policy research tank The Dialogue. The finance minister has spoken about the employment of technology in a variety of fields, including agriculture, finance, trade, and education.”

She also suggested that India’s national digital health ecosystem be built on an open platform. She said it will include digital health provider and facility registries, a unique health identity, a consent framework, and universal access to health facilities.

Design-led manufacturing for 5G would be launched as a performance-linked incentive (PLI) scheme in FY23, according to Sitharaman. She also stated that the essential spectrum auction for India’s 5G deployment will take place in FY23.

According to the FM, 25% of the defence R&D budget will be made available to industry, startups, and university. Military platforms and equipment will be encouraged to be designed and developed by private sector. Through the special purpose vehicle (SPV) model, in partnership with DRDO and other organisations.

The FM also recommended establishing a public-private partnership (PPP) scheme to supply digital and high-tech services to farmers in collaboration with public institutions in order to boost the use of technology in agriculture. 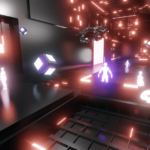