The future is already here, and we are getting closer and closer to the day where we will be living in a futuristic society. The lighting of our society is very important because light is the foundation of the human experience. When it comes to cities, there are many benefits that come with building a futuristic city, but one of the major benefits is being able to create a better nightlife. With less light pollution, you will be able to see more stars in the sky.

Let’s face it, we don’t have much time for sleep and a lot of work to do. As our society continues to evolve, the demands on our time are increasing, which in turn, leads to a decrease in sleep. The modern society has found a way to not only keep us going, but to keep us happy.

Based in a former glass factory in Rotterdam’s harbour, Studio Roosegaarde is founded by Dutch artist Daan Roosegaarde, and seeks to contribute to everyday life through the integration of design and technology.

The work of the studio is dedicated to creating artworks that spark imagination, as well as being sustainable and climate crisis aware. Daan Roosegaarde’s social designs explore the relationship between people, technology, and space.

In 2010, Studio Roosegaarde designed Gates of Light, located in the Netherlands, on the Afsluitdijk, a 52-kilometre-long dike providing flood protection and interconnection of the provinces Friesland and North Holland.

The project was built in 1932, and it is an engineering highlight of the Netherlands. In 2012, the Dutch government commissioned the innovative design project Icoon Afsluitdijk, enhancing the project’s innovative nature and highlighting its main functions: water protection and heritage.

A unique twist on the traditional streetlight, the “Solar Tree” was designed by Ross Lovegrove. As you might have guessed from its name, it’s powered by solar panels.

The “tree” would have ten PV panels that face the sky.

Naturally, all the energy generated in the day must be stored in internal batteries in order to be useful at night.

Besides these handy light-detecting indicators, the lights also come with automatic lights that turn on when the sun sets. The entire concept is designed to make the lighting more efficient than conventional setups to reduce electricity consumption.

Another interesting concept for urban lighting, the “Flowlight” was developed by Shane Moulloy, using tidal power to keep the lights on.

Since the light uses tidal power, the design is geographically limited, and can be used in piers, walkways, and roads running alongside watercourses. Each light has a water turbine arm that dips into the water to harness the power of the waves.

As the tides change throughout the day, each arm moves up and down to harvest energy so that the lights can remain on.

In contrast to most of the products on this list, Urban Green Energy’s “Renewable Street Lamps” are actually commercially available. However, UGE has since stopped trading, but you can still find their products at Alternative Energy Company.

Each light uses wind and solar energy to store and power the lights at night. Solar and wind energy are used to power the lights during the day. These lights have proven that streetlighting can happen off the grid.

Businesses who may use these may also be interested in the fact that they come with plenty of advertising space.

Providing free access to gym equipment will help keep streetlights on in the local area. Citizens will have an opportunity to work out while also contributing to their local community.

In addition to being a great way to keep fit, this solution also reduces the environmental impact (and tax cost) of running streetlights.

Last but not least, “The Energy Seed” is a great idea to replace traditional streetlights. Instead of throwing away spent batteries, they are intended to help reuse them.

Despite the fact that used batteries might not have enough voltage to power your favorite gadget, this doesn’t mean all their stored energy has been used up.

In the “Energy Seed” concept, the leftovers would be collected and used to power streetlights during the night.

In the design of Sungwoo Park and Sunhee Kim, the lights are “planted” in a small pot that has round battery receptacles on top. Users would be able to recycle their old batteries into the device, which then harvests the energy inside.

It is evident that this is just a concept at the moment, and much more research would be required to make it a practical solution. 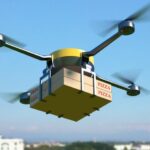 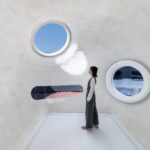