Drones are here to stay. The latest advancements in drone technology are moving at an incredible pace. Companies across the globe are adopting drones into their day-to-day operations. Drones are being used for everything from transporting goods to environmental mapping and construction site inspections. However, many people still question what real use cases for drones are out there.

Remote data collection is made possible by drones.

For inspection scenarios, using a drone instead of a person makes a big difference in safety, since it reduces personnel exposure to potentially dangerous scenarios such as climbing a cell tower or walking along scaffolding inside a giant tank to collect visual data.

There are also a number of activities that people use drones for, including surveying, mapping, and even helping investigators find remains.

Feature your properties with drone pictures for a unique perspective. Using drones has become one of the latest trends in real estate. In addition to residential homes, apartments, resorts, vacant land, commercial properties, and more, drones are also used for real estate listings such as 360 degree panoramas, video, overhead map images, and multiple overhead images of the property.

Commercial and residential real estate are the two typical types of real estate where drones are most often used. Real estate agents typically request 8 to 10 glamorous aerial shots for their clients to choose from.

You may find apartments or houses with little to no land attached, to large estates with much land. An ideal hunting spot is 30 to 70 feet high on the corner of a property facing in to the main building.

In the event of hazardous or nuclear leakage, there must be swift action taken to determine the source of the leak and provide relief as soon as possible. Factory or power plant malfunctions, spills on the highway or even terrorist attacks can lead to dangerous chemicals being released into the environment. The hazardous material in these events, known as CBRNEs (chemical, biological, radiological, nuclear or explosive), makes for dangerous conditions for the people exposed to the materials as well as the relief workers.

Japan was struck by a powerful earthquake and tsunami in March 2011. The earthquake caused severe damage to Fukushima Daiichi nuclear plant and prompted the evacuation of the area because of the amount of dangerous nuclear material released.

At the first possible opportunity, drones were deployed to assess the extent of the destruction. These unmanned vehicles contributed to monitoring radiation exposure, repairing damaged areas, and rebuilding efforts – all while minimizing nuclear fallout exposure for relief workers.

California company Zipline plans to make flying medical supplies a reality in Ghana by having four distribution centers operate 600 on-demand flights. The drones will deliver supplies to medical facilities in less than half an hour; the company says it can increase its delivery frequency to thousands per day.

Another area where drones could prove useful is food delivery. Uber Eats, Uber’s food delivery unit recently partnered with a company called ModalAI, which develops technology that enables drones to navigate without GPS without interference.

Since 2016, entrepreneurs have been looking for ways to use drones in the hospitality and tourism sector. A Toronto-based company called HOK proposed Driftscape-a self-sustaining hotel that allows guests to land modular units called Driftcrafts in usually unreachable locations. Each pod can accommodate two people and accommodate a three-day stay. There is an oasis on the site that provides food and drinks.

Drones are not limited to performing tasks in hospitality, Marriott has created the Drone Experience Program in partnership with DJI. “The program will allow guests to experience DJI’s innovative drone technology. The use of drones for security, property maintenance, visual marketing, and even life-guarding is currently being explored, and guests should not be surprised to see this trend develop soon.

Many retail deliveries are already packaged for transportation, making them a perfect candidate for aerial delivery in the near future. As a result of the increasing number of people shopping from home, delivery companies and retail outlets are currently offering bonuses to new signups.

Additionally, retail outlets can take advantage of the convenience of being close to consumers and warehouses to make deliveries. Wal-Mart estimated that 90% of Americans live within 10 miles of a Wal-Mart store just a year ago. Drones, which can deliver time and cost savings, seem primed for cost cutting and innovation in the “last mile” of the shipping process.

Currently, drones are expensive and difficult to obtain. DroneCast markets itself as a drone-based advertising platform. They employ drones that can display ads up to two feet wide by six feet long and offer sales stunts and provide the ability to drop branding items. Aerial perspectives can be captured without the use of planes, helicopters, and other manned craft through drones. Whether for cinematography, videography, or photography, acquiring these shots is certainly less expensive and easier to reach.

Journalism may benefit from drone photography. Many large publications use helicopters or planes, which require personnel on the ground for operation, whereas drones can remove journalists from dangerous areas while still allowing them to cover the story.

2016 saw the launch of CNN’s drone division, where two full-time drone operators were designated for aerial imagery and reporting. The demand for up-to-the-minute pictures and access to news helped drive the LAANC (Low Altitude Authorization and Notification Capability) process.

It is imperative that you pay attention to the legal, regulatory, privacy, and social issues regarding drone usage as not doing so could hamper drone usage. Businesses that have the ability to see, sense, move, or transform should consider drone use. Having said that, professionally flown drones offer unique capabilities and benefits that are not currently available from other platforms. 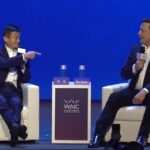 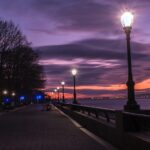