The United States Air Force has purchased 15 cargo glider drones to assist its ground forces. These drones will be developed by Silent Arrow, a business based in the United States.

On November 29, the business said that it will reduce the size of its 1-ton freight delivery drone to match an Air Force order for 15 smaller UAVs, which will be dubbed Silent Arrow Precision Guided Bundle, or SA-PGB.

The Precision Guided Bundle UAV will be able to launch from cargo ramps and aircraft side doors. These drones will be able to be deployed by aircraft as small as Cessna Caravan turboprops and as large as the Boeing C-17 strategic airlifter, according to the business.

The Air Force Research Laboratory (ARFL) awarded the company a contract for Small Business Innovation Research Phase 2 on November 12. The objective is to create a vehicle capable of operating at high elevations.

According to Silent Arrow, the autonomous unmanned air vehicles (UAVs) will be constructed in its Irvine facility and will be ready for operational testing at the Pendleton UAS Test Range in Oregon next year.

The cargo gliders will have spring-loaded wings that can be folded for storage and released for flight. The US Army’s Joint Precision Airdrop Device, a GPS-guided package delivery parachute system, is claimed to be more expensive than these drones.

According to Silent Arrow, Precision Guided Bundles will also have swarming characteristics, suggesting that the UAVs will be able to exchange sensor data and collaborate to determine landing zones.

“We’re looking forward to an exciting flight test programme in 2022 and getting this new capability into the hands of warfighters and disaster relief organisations alike,” said Chip Yates, the company’s founder and CEO.

The Silent Arrow cargo delivery drone was designed and developed by Yates Electrospace Corporation (YEC). It was introduced at the Defense & Security Equipment International (DSEI) event in London in September 2019.

The Silent Arrow GD-2000 is a rectangular box that measures two feet by two feet by eight feet and has an aluminium frame and birch plywood panels. Before takeoff, a nose cone with an autopilot is fitted to the front of the plane, and a twin-tail is affixed to the back.

Due to two wings on each side that are staggered in a semi-biplane design, the drone can fly up to 40 kilometres with a 1,600-pound cargo. Unmanned aircraft system (UAS) autonomously follows a pre-programmed flight path to a chosen landing zone.

With no radar signal and no datalinks to intercept or disrupt, it travels almost unnoticed. Furthermore, the cargo of the box may be readily recovered, and it can be abandoned or reused after landing.

The US military was exploring for non-parachute means to transport supplies and critical tactical gear in 2017, and these characteristics piqued their interest. The Air Force provided C-130 aircraft and crews to test the glider in restricted airspace.

The US Air Force tested its capabilities by releasing it from the Hercules’ back cargo door at 25,000 feet, watching its wings spring out in less than a second, and then watching the payload-laden UAS fly to its destination.

The creation of six GD-2000s for testing was supported by the Marine Corps Warfighting Laboratory.

The goal, according to the corporation, is to deliver one day’s worth of equipment to one squad of special operators. This might include whatever a special operator would carry in his or her rucksack, such as firearms, communications gadgets, clothing, food, and even money. 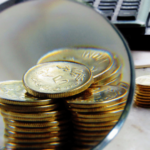 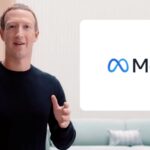