Non-fungible tokens (NFTs) have been named Collins Dictionary’s word of the year, defeating cheugy. The usage of the phrase has witnessed a “meteoric spike” in the last year, according to the report.

According to Collins Dictionary, an NFT is a “unique digital certificate, recorded on a blockchain, that is used to record ownership of an object such as an artwork or a collectable.”

Because of its “unique technicolour clash of art, technology, and business,” it was picked as the word of the year.

Unlike other digital objects, which can be mass-produced indefinitely, each NFT has a unique digital signature, making it one-of-a-kind.

“It’s uncommon for an abbreviation to undergo such a stratospheric spike in usage, but the data we have from the Collins Corpus demonstrates the amazing ascension of the NFT in 2021,” says Collins Learning managing director Alex Beecroft.

“NFTs appear to be everywhere, from the arts pages to the finance pages, at galleries and auction houses, and on social media platforms,” says the author.

“It’s too early to tell if the NFT will have a long-term impact, but its rapid appearance in global conversations makes it unmistakably our word of the year,” he said.

NFTs are often purchased with cryptocurrencies or dollars, and all transactions are recorded on the blockchain.

The world’s most valuable NFT is a collage by digital artist Beeple, which sold for 50 million euros. 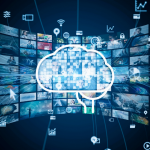 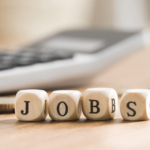