According to data from digital asset manager CoinShares, cryptocurrency investment products and funds saw inflows for the sixth week in a row, as investors saw recent regulatory issues in the sector as buying opportunities.

According to CoinShares data as of Sept. 24, inflows to the sector totaled $95 million last week, topped by $50.2 million in bitcoin investments. Crypto inflows totaled $320 million in the last six weeks. Inflows were $6 billion in 2021.

In the last two quarters, Bitcoin has taken the brunt of unfavourable investor sentiment. The inflows last week were only the fourth in 17 weeks. Bitcoin has attracted $4.3 billion in inflows so far this year.

China’s most powerful regulators stepped up their crackdown on cryptocurrencies on Friday, imposing a blanket ban on all crypto transactions and mining, causing bitcoin and other major coins to plummet in value and putting pressure on crypto- and blockchain-related equities.

Investors, on the other hand, appeared to dismiss the news on Monday, according to analysts.

“Bitcoin, which was nearing $40,000 at one point, is showing some remarkable resilience once again,” said Craig Erlam, senior market analyst at OANDA in London.

Glassnode, a blockchain data provider, alluded to the “relatively low use” of the bitcoin block-space in its latest research note on Monday, which can be both a pessimistic and positive signal.

It went on to say that current bitcoin transactions are between 175,000 to 200,000 per day, “which is similar to levels experienced during the 2018 bear market.”

According to CoinShares data, ether products had the second highest inflows last week, with $29 million, as investors hoped for more progress on the Ethereum network.

Grayscale and Coinshares, the two largest digital asset managers, had their assets under management drop last week to $38.016 billion and $3.671 billion, respectively, due to a drop in crypto values following China’s regulatory announcement on Friday. 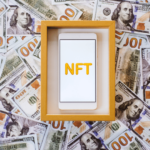 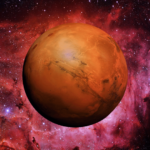