A new music art NFT collection, called the BAND NFTs Series 1, will be launched by Singapore-based company BAND Royalty (“BAND”). It is available on OpenSea.io from May 5, 2021. In addition to a short pre-sale that includes the Company’s only three BAND Diamonds, sold for over $200k USD, a combined private pre-sale approach $1 million USD, we have just launched the public sale on OpenSea.io today.

Its unique NFT offering is what is creating BAND Royalty’s sudden popularity. The BAND collectibles are one of a kind digital collectibles in a growing and crowded NFT market. Nearly all NFTs merely offer art and collectible value.

Besides the beautiful 3D art on BAND NFTs, one of the special features that sets them apart is their ability to fund music royalties from top songs on many of the BAND Royalty catalogs, including platinum and gold tracks.

The BAND Royalty catalog includes many artists – including Rihanna, will.i.am, Timbaland, Cher, Missy Elliott, Jay-Z and Justin Timberlake, and others – who earn royalties every time any of their songs are played.

Barnaby Andersun and Noble Drakoln, experts in blockchain and music royalty investing and co-hosts of the CryptoTenX Podcast, have laid out a robust and ambitious roadmap of releases for BAND Royalty in 2021. In addition to the NFT Series 1, BAND Royalty will release Band TOKENS and create a new platform to facilitate new relationships between musicians and fans.

As part of the company’s expansion effort, BAND Royalty plans to release a total of 12,000 unique BAND NFTs in four different series by 2021. The funds will be reinvested in expanding the company’s music royalty library.

The first time in the world, BAND Royalty allows music lovers and fans to access their favorite artists songs as a royalty stream. This is all thanks to the innovative technology that BAND Royalty is bringing with its NFT music ecosystem.

In a world of fungible tokens, NFTs, which represent uniquely cryptographically secured files such as music, artwork, videos, and other digital files, are created.

BAND NFTs stand out from any other NFT on the market with unique artwork that will eventually allow holders to entitle themselves to royalties on songs and artists, generating a music income stream.

Buyers must have a private Ethereum wallet (Metamask of Trust Wallet) in order to secure a BAND NFT before visiting OpenSea.io, the largest Ethereum NFT marketplace in the world.

Select from the beautiful selection of BAND NFTs and make your selection. The fewer the BAND NFTs, the more scarce they are, bringing with them higher collectability and functional access to the BAND music ecosystem.

Using blockchain technology, BAND Royalty allows music lovers and fans to earn cryptocurrency from some of the world’s most popular songs.

The BAND music catalog brings with it the potential for individual income streams when certain songs are performed. BAND is the combination of blockchain experts Barnaby Andersun (BA) and Noble Drakoln (ND). 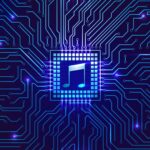