Artificial Intelligence has become a prominent topic in the computer business during the last several years. Indeed, AI and blockchain were ranked first and second, respectively, in LinkedIn’s study on emerging occupations released last year. While the real ramifications of AI differ from how it’s generally shown in movies, these are the top 10 artificial intelligence films to see in 2021.

Expand the list below to see a collection of films and find the AI movie that catches your eye. So, without further ado, here are some of the finest films on artificial intelligence:

If you haven’t seen The Matrix yet, we urge you to put down whatever you’re doing and start watching it right now. That’s right, literally. The Matrix trilogy is one of the most highly regarded films in the sci-fi genre for a reason. The storey takes place in a dystopian future and follows computer programmer Thomas Anderson, often known as Neo. He discovers the truth about the simulated environment in which the whole population of the Earth is confined. The narrative that follows is strange and certain to keep you fascinated.

After you’ve seen The Matrix, be sure you see the sequels, The Matrix Reloaded (2003) and The Matrix Revolutions (2005). (2003). You’ll also be pleased to learn that the fourth instalment will be released in December of this year.

The 2013 sci-fi love drama Her, unlike other artificial intelligence films, depicts the emotional side of human connection with AI. The protagonist of the film is Theodore Twombly, a lonely writer who develops affections for Samantha, an intriguing virtual assistant.

The plot is intriguing, and it offers a unique take on the influence of artificial intelligence on human relationships. Joaquin Phoenix (who portrays Theodore Twombly), Scarlett Johansson (who performs Samantha’s voice), and Rooney Mara are among the film’s major cast members.

Ex Machina should be your first choice if you’re seeking for a sci-fi thriller. A young programmer is given the opportunity to participate in an experiment to examine the capabilities of a humanoid AI in Ex Machina’s narrative. What occurs next propels the plot ahead while also engrossing the audience.

Many people believe Ex Machina to be a watershed moment in the use of artificial intelligence in popular films. In 2016, it was also nominated for an Academy Award for Best Visual Effects.

Coded Bias isn’t a high-end, big-budget film. It isn’t set in a dismal future, and it doesn’t include humanoids or wicked robots attempting to take over the world. Instead, it’s a documentary that exposes how AI is used in the real world and how it impacts individuals. Coded Bias, in particular, investigates how facial recognition algorithms are fundamentally prejudiced towards people with dark complexion.

This film about artificial intelligence is highly recommended if you want to understand how algorithms and AI affect people’s lives and the society we live in.

The Great Hack is all you need to see if you’ve never bothered to learn about Facebook’s infamous Cambridge Analytica debacle. You’ll learn how Cambridge Analytica claimed to have 5,000 data points on every American voter in this documentary. Artificial intelligence was utilised in the data analysis tools to develop an accurate voter profile in the United States. The film also demonstrates how tailored adverts might influence your purchasing or voting decisions.

If you want to erase your Facebook account after seeing this video, please back here and read our full advice on how to do it.

The Social Dilemma is another fantastic illustration of social media’s effect in our lives. It features interviews with former workers who contributed to the development of social media as we know it today. Ones that analyse your data and construct an online profile to provide you better advertising and suggestions using AI algorithms.

Furthermore, it emphasises the influence of conspiracy theories, mental health difficulties, fake news or disinformation, and unintentional political division. While a tech-savvy individual may find the narrative to be a bit too theatrical or overblown, the film has a broad appeal.

I Am Mother depicts a dystopian future in which a robot raises a teenage girl in order to repopulate the Earth with humans after it has been wiped out by extinction. While the daughter is first oblivious of the situation, she learns more when the mother robot’s power goes out. She then discovers a rat, which encourages her to assume that there is life outside of the institution where she is imprisoned.

Furthermore, the daughter meets another lady, and the events that follow create the plot of this sci-fi thriller based on artificial intelligence. Hilary Swank and Rose Byrne have prominent roles in the film.

Automata is another film set in a dismal future. A robotics corporation called Pilgrim builds safe humanoid robots in a bid to repair the Earth. There are two ground principles for these robots: they can’t injure humans, and they can’t change themselves or another robot.

However, a police officer kills a robot after saying it was changing itself. Do you want to find out what happens next? Take a look at this film right now!

Metropolis is regarded as a cult favourite among moviegoers who enjoy artificial intelligence. It’s a silent German expressionist film about a robot attempting to seize control of the city. Metropolis is one of the earliest films to depict artificial intelligence, and it has influenced numerous filmmakers to follow suit. While not everyone will enjoy Metropolis, the 1927 film was unquestionably ahead of its time.

2001: A Space Odyssey is one of the most well-known films about artificial intelligence, and anybody reading this should see it. Stanley Kubrick, famed for The Shining and A Clockwork Orange, directed the film. The plot revolves around a journey to Jupiter with H.A.L 9000 (short for Heuristically programmed Algorithmic Computer), the spaceship’s AI character.

Kubrick won an Academy Award for best special visual effects, and three BAFTA awards for best art direction, cinematography, and music were among the 16 accolades and 11 nominations for the film. It goes without saying that anyone seeking for an AI-related film should watch 2001: A Space Odyssey. 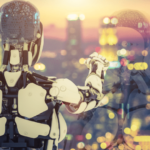 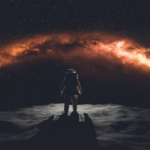