Colombian artist, Shakira’s first step into cryptocurrency is the creation of non-fungible tokens, also known as NFT. She announced on Twitter the launch of her first NFT collection. Whose proceeds will go to her foundation and will contribute to caring for the environment. The project released today.

It seems as though the hype around non-fungible tokens (NFTs) will never go away. As a result, we see several artists trying to position themselves as opposition to this. The current star of Latino pop music, Shakira, has launched a collection of NFT items. She shared the news on Twitter.

Shakira and Messi share the same creator of the NFT

Known as Bosslogic, Kode Abdo is the maker of the NFTs. With his creative mashups and fan art remixes, he has made himself famous amongst the internet community. He is based in Australia. Along with Lionel Messi’s collection of NFTs, he has also created other notable digital art pieces.

As mentioned at the beginning, the launch was today at MakersPlace. The collection is titled “La Caldera”, in which it is highlighted how the artists were inspired to create the NFTs. The following is revealed within its paragraphs:

“The La Caldera Collection, a digital art collaboration of Shakira and BossLogic, represents the fantastic world of Caloris. A place ruled by women in an intergalactic landscape as it deals with the arrival of friendly and hostile visitors.”

An example of how this type of cryptocurrency token can be used is that Twitter founder Jack Dorsey tokenized his first message on the social network and sold it for US $ 2.9 million.

In the meantime, Beeple, a digital illustrator whose work is based on the NFT framework, auctioned off his collection of digital art for $ 69 million. “The third most expensive living artist’s work.”

In addition, it is important to note that Aerial will compensate Caldera for the collection of NFT since they have chosen the platform and blockchain network for NFT minting. Using associated energy use as a measure of carbon emissions”.

A major reason for choosing this network and platform was that the offsets will be used to contribute to forest conservation initiatives. It has become apparent that more and more artists are joining the cryptocurrency lines, especially in the wake of the new non-fungible token revolution. 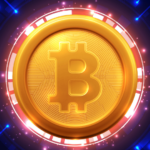