A mega yacht has been sold for $650,000 in the Sandbox virtual gaming world (roughly Rs. 4.8 crore). The “Metaflower Super Mega Yacht,” a virtual luxury ship that is part of the metaverse, has two helipads, hot tubs, and a DJ booth, among other opulent amenities. The Metaflower boat has now become the most valuable non-fungible token (NFT) ever sold in the Sandbox, a virtual environment based on the Ethereum blockchain that allows users to acquire digital items, create their own games, and monetise their experiences.

The Metaverse is a three-dimensional, future version of the Internet that has the ability to support a fully functioning virtual environment.

The news of this transaction quickly spread on social media at a time when the notion of metaverse is starting to gain traction in the gaming and crypto worlds.

This boat is three-storyed and white in colour, according to the photographs. 149 Ether tokens were used to pay for this NFT.

Republic Realm, a metaverse developer, issued the costly digital asset. It was created specifically for The Sandbox as part of a high-end NFT series. Other goods in this series include private islands, speed boats, and jet skis.

However, this isn’t the first time a metaverse property has sold for a big sum of money.

In November, a parcel of land in Decentraland, a decentralised, 3-dimensional virtual reality environment created on the Ethereum blockchain, was sold for $2.43 million (approximately Rs. 18 crore). People may customise their experience of residing in an alternate world by purchasing land, estates, and wearables for their virtual avatars. All of the objects that may be purchased are NFTs, or valuable digital treasures.

In the virtual game world of Axie Infinity, another piece of digital land was just acquired for $2.3 million (approximately Rs. 17 crore).

According to Bloomberg Intelligence, the metaverse business opportunity will be worth $800 billion (approximately Rs. 59,58,719 crore) by 2024.

More computer companies, such as Microsoft, Nvidia Omniverse, and Roblox Metaverse, are getting into the metaverse groove after Facebook was renamed to “Meta” earlier this year. 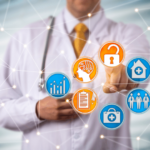 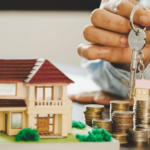