Across all startups, major corporations, and government institutions, decision-making has nearly always been centralised.

This means that critical business decisions for a company are usually made by the founders, top executives, and other members of the leadership team with voting rights.

Polygon (formerly Matic Network), a Bengaluru-based blockchain firm, declared in August that it will create a decentralised autonomous organisation (DAO), a first among Indian startups (DAO).

A DAO is a decentralised autonomous organisation (DAO) in which communities of users or participants make decisions, and votes or actions are recorded by a blockchain transaction.

Polygon is an Ethereum-compatible blockchain network building and connecting protocol and architecture. The founders feel that forming a DAO for Polygon’s decentralised finance (DeFi) ecosystem is “the next natural step” in facilitating collaboration amongst blockchain-based systems.

A DeFi ecosystem is a network of financial products and services that are decentralised, do not rely on centralised entities such as banks or governments, and employ blockchain technology.

Polygon is already being used as a scaling solution by a number of blockchain businesses, including SushiSwap, Curve, and Aave.

How do DAOs differ from typical businesses?

Sandeep Nailwal, Polygon’s co-founder and COO, says in a video interview with BlockchainStory:

“So far, the prominent way for humans to interact and communicate has been through centralised institutions such as banks, companies, government bodies, etc, but this has given rise to a number of instances of malpractice and corruption. DAOs are a radical, paradigm shift where everyone in the organisation can participate in decision-making transparently on blockchain.”

He goes on to say that a DAO is just an entity or collection of individuals whose decisions are made using “pre-coded smart contracts” in a “fully transparent” procedure.

Polygon hopes that the DeFi DAO will attract 100 million users and that this community will have a say in how DeFi is developed in the future.

Polygon’s aims to become a larger worldwide endeavour are tied to the DAO movement. It already has networks and users all around the world, and the Polygon ecosystem is made up of different teams and blockchain initiatives built on Polygon.

“Our DeFi ecosystem is pretty big, and we wanted all participants to come together through the DAO and work for its growth. In the future, we also plan to build sub-DAOs for other Polygon ecosystems and eventually link back to the larger Polygon DAO,” Sandeep added.

How will Polygon’s DAO work?

Currently, if Polygon wants to produce and launch a new version of a solution, the decision is made by the company’s development team and co-founders. This works in the same manner that other company founders and executives make decisions in their own businesses.

However, once the Polygon DAO is in place, the community will gather to deliberate and vote on whether or not to offer a new product or solution.

“Let’s imagine a DAO has some cash, and there’s a chance to support a group of developers who are working on a block-analysis programme. This can be done by bringing the community together to vote and allow it. Another example is a community agreeing to give a reward to anyone who utilises their platform in the next six months,” Sandeep continues.

He also mentions EIP 1559, a proposal to modify Ethereum’s fee scheme that was supported by the community of miners rather than the Ethereum leadership.

Decentralization as a process

Sandeep argues that this is because community-driven decision-making might hinder network advancement.

“We’ve seen other initiatives with fantastic communities suffer from sluggish decision-making, which inhibited growth due to various parties engaged. For the time being, we desire agility and quick decision-making, but after that, everything will be handed over to the community. He refers to it as “progressive decentralisation.”

In India, DAOs are being built.

If Polygon is successful in incorporating DAO capabilities into its DeFi environment, it will send a message to other Indian blockchain startups that constructing a Web 3.0 ecosystem is feasible.

“Our contribution may be to demonstrate people how to construct a Web 3.0 firm and scale it exponentially using DAOs, and to provide an example for future massive Web 3.0 ecosystems. This would ensure that India does not fall behind other countries in terms of innovation,” he says.

Sandeep urges for more clarity from the government on its stance on bitcoin and blockchain in order to carry out this agenda across the business. The government recently stated that it could define cryptography and compartmentalise it based on its use cases.

“Right now, the main concern is uncertainty. Everyone needs to understand that blockchain projects aren’t only for Indians. Everything is decentralised and accessible via the internet. As a result, entrepreneurs may fly to Singapore or Dubai and start their firm in a matter of hours,” Sandeep adds. 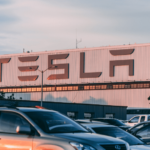 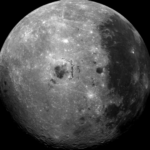