Invasive mosquito fish are frequently unfazed by their surroundings.

These mosquito fish are free of their native predators and are wreaking havoc on naive ecosystems from Europe to Australia. To keep the troublesome fish in check, scientists are using a high-tech instrument called robotics to instil fear in these swimmers.

Researchers reported in iScience on December 16 that a robotic fish built to replicate one of mosquito fish’s natural predators enhanced fear and stress responses in mosquito fish, limiting their survival and reproduction.

While robofish will not be released into the wild anytime soon, the study shows that there are “more creative ways of preventing unwanted behaviour from a species” than simply killing them, according to Michael Culshaw-Maurer, an ecologist at the University of Arizona in Tucson who was not involved in the research. “It’s fantastic to see work being done in this area.”

Mosquito fish (Gambusia spp.) are native to areas of the western and southeastern United States. They were released in freshwater ecosystems around the world last century in an ill-advised attempt to reduce malaria. Instead of eating malaria-carrying mosquito larvae, mosquito fish prefer to consume native fish and amphibians’ eggs and tails, making them one of the world’s most harmful invasive species, according to the International Union for Conservation of Nature.

According to Giovanni Polverino, a behavioural ecologist at the University of Western Australia in Perth, efforts to eradicate mosquito fish and many other introduced, invasive species typically rely on mass slaughter with traps, poison, or other blunt tactics. “This doesn’t work for most of the invasive species that are considered a problem,” he adds, adding that it can also hurt native species.

The issue, according to Polverino, isn’t so much the presence of mosquito fish in these habitats as it is their irresponsible behaviour, which is aided by a lack of predators. While predation keeps prey populations in check, fear of predators can impact prey behaviour in ways that have far-reaching consequences for an ecosystem (SN: 5/5/19). Polverino and his colleagues wanted to test if a robotic fish designed to look like one of mosquito fish’s natural predators, the largemouth bass (Micropterus salmoides), could be just as frightening and mitigate mosquito fish’s harmful effects.

Researchers set up 12 tanks in the lab, each with six mosquito fish (G. holbrooki) and six native Australian tadpoles (Litoria moorei), which are frequently bothered by mosquito fish. The scientists moved each group to an experimental tank for one hour twice a week for five weeks after a week of acclimatisation. Half of the groups were pitted against a robotic predator that recognised mosquito fish and lunged at them when they got too close to the tadpoles.

Both during and weeks after exposure, the mosquito fish’s behaviour, form, and fertility were impacted by their fear of the robot. Mosquito fish that were exposed to the robot tended to congregate and not explore the tank, but tadpoles who were not harassed ventured further out. Even in the comfort of their home aquariums, fish exposed to the robots were less active and more agitated than mosquito fish who were not exposed, as evidenced by seconds-longer freeze responses.

The fishes’ bodies were also strained by the accumulating tension. Exposed fish lost energy reserves and shrank in size compared to non-exposed fish. According to the researchers, exposed men were more streamlined, maybe to speed up escape behaviours. And, on average, the sperm count of fearful fish dropped by half.

“Instead of investing in reproduction, they’re investing in reshaping their body to escape better after only six weeks,” Polverino says. “Overall, they became less healthy and less fertile.”

It’s unknown what kind of long-term impact such artificial predators would have on wild mosquito fish and their neighbours. That’s beside the point for Polverino, who claims the study’s key value is demonstrating that fear has significant implications that may diminish invasive species’ survival and reproduction.

“Our strategy isn’t to send hundreds of thousands of these robots out into the wild and hope they fix the problem,” Polverino explains. There may, however, be more than one technique to frighten a mosquito fish. Giving the fish a scent of their predator, for example, could cause them to adjust their behaviour.

He claims, “These are not invincible beasts.” “They have flaws that we can exploit that don’t require us to murder animals one by one.” 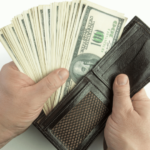 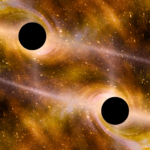