Humans have travelled to Mars in quest of life beyond our planet, and a surprising discovery from this desolate world has offered up a new potential. The Curiosity rover, which is now trundling around Mars, discovered that several of the samples are high in a form of carbon that is connected with life processes on Earth.

While this isn’t solid proof that the planet formerly had life, it is intriguing because no supporting evidence of ancient or current biology has yet been discovered. The discoveries were published in the Proceedings of the National Academy of Sciences journal, which explains the strange carbon signals discovered.

“We’re finding some tantalizingly intriguing things on Mars, but we’d need a lot more proof to conclude we’ve found life.” So, if not life, we’re looking at what else could have created the carbon signature we’re detecting,” said Paul Mahaffy, the chief investigator of Curiosity’s Sample Analysis at Mars (SAM) chemistry lab.

While scientists explain the findings, they also point out that the two planets are so dissimilar that inferences based on Earth’s examples are invalid. According to experts, ancient microbes on the surface would have formed a distinctive carbon footprint when they released methane into the atmosphere, where ultraviolet radiation would have turned the gas into larger, more complicated molecules.

These molecules would have fallen down to the surface, and their specific carbon signature could now be stored in Martian rocks. Meanwhile, another theory proposes that the carbon signature was caused by UV light interacting with carbon dioxide gas in the Martian atmosphere, resulting in the formation of new carbon-containing molecules that sank to the surface.

“The hardest thing is letting go of Earth and letting go of that bias that we have and really trying to get into the fundamentals of the chemistry, physics and environmental processes on Mars,” Jennifer L. Eigenbrode, who participated in the carbon study, said in a statement.

Carbon is particularly significant, according to Nasa, because it is found in all living things on Earth and travels continuously through the air, water, and earth in a cycle that is well-understood thanks to isotope analyses. The Tunable Laser Spectrometer (TLS) instrument in the SAM lab was used to analyse the elements on the Martian surface. It reached 850 degrees Celsius by heating 24 samples from geologically varied sites in the planet’s Gale crater. The rover measured isotopes from some of the reduced carbon that was produced during the heating process, which released gases.

In comparison to what scientists have observed in the Martian atmosphere and meteorites, about half of the Curiosity samples had shockingly substantial quantities of carbon 12. “Biological processes on Earth would produce the carbon signal we’re seeing on Mars.” Because Mars is so different, we need to figure out if the same explanation applies to it or if there are alternative possibilities,” Christopher House said.

Curiosity, the first rover to land on Mars in 2012, is equipped with tools to examine carbon isotopes on the surface. “Defining the carbon cycle on Mars is extremely crucial to attempting to understand how life could fit into that cycle,” said Andrew Steele, a Curiosity scientist at the Carnegie Institution for Science. “We have done that really successfully on Earth, but we are just beginning to define that cycle for Mars.” 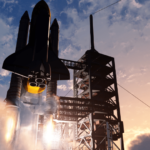 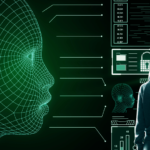