By speeding the use of Bitcoin on the Bitcoin and Ethereum networks, a multichain platform hopes to increase the DeFi market.

The majority of Bitcoin (BTC) lending was done on centralised platforms until recently. This was mostly due to the time-consuming process of tokenizing Bitcoin into an ERC-20 form that could then be put on the Ethereum (ETH) network.

Not only did this annoyance result in increased transaction costs and slippage, but it also resulted in a fragmented decentralised finance (DeFi) environment. Only 1% of Bitcoin is now in circulation on Ethereum.

BiFi is a technology that connects the Bitcoin and Ethereum networks directly to enable actual Bitcoin lending on DeFi. “Like Compound or Aave, but with actual, native Bitcoin,” the platform claims. Instead of packaging their Bitcoin, customers can lend and borrow ERC-20 assets using their native BTC from their Bitcoin wallet.

Bitcoiners can interact with DeFi protocols using BiFi’s native Bitcoin lending service, which eliminates the requirement for third-party custodians and merchants. BiFi predicts a “massive flood of BTC holders into DeFi” as a result of eliminating the requirement for wrapped BTC, which will determine the industry’s future.

Lending across many blockchains with the highest level of security

BiFi promises to be built with a “security-first mentality.” BiFi protects the security of its protocol by utilising BIFROST’s multichain technology and a variety of cryptographic proofs.

The fact that the Bitcoin and Ethereum networks are directly connected is the most important factor here. Both of these blockchains contain a huge number of nodes that ensure computational integrity.

“We build cryptographic proofs to verify the accuracy of transactions that occurred on the Bitcoin network and verify it on-chain on Ethereum smart contracts. It may be more expensive to perform on-chain verifications, but this computational integrity technique is the most secure way thus far,” said BiFi in a post.

Fraud proofs are also used by the platform to ensure that the relayer’s actions are correct. It accomplishes this by generating cryptographic proofs and confirming them on the blockchain.

Without fragmented liquidity, a DeFi future is possible.
BiFi’s Total Value Locked across staking, lending, and pooling services has surpassed $219 million since its start in January 2021.
BiFi X, a flash loan-based leveraged yield farming and trading business, is also available on the site.

“Connecting Bitcoin and Ethereum network is a huge step forward. Yet BIFROST will connect more networks and BiFi will offer lending and financial services to expand the DeFi ecosystem to turn DeFi into future finance,” commented Dohyun Pak, the CEO of BiFi and BIFROST.

The project’s next milestone will be the deployment of a multichain wallet in Q3 2021. BTC, ETH, BNB, ERC-20 tokens, and BEP-20 tokens will all be supported.

BiFi wants to expand to other networks in 2022, from EVM to non-EVM, enabling multichain DeFi lending. Developers will be able to run DApps across both cross-EVM and non-EVM networks using a “Multichain Dev Suite,” thus expanding the multichain DeFi ecosystem.

BIFROST envisions a future in which there are no isolated capital markets on several chains. To do this, and to address one of DeFi’s most pressing issues, interoperability, the project allows capital to flow freely between blockchains without the use of wrapping, bridging, or custodians. BiFi is a multichain DeFi platform based on its “Universal Multichain Middleware,” which will not isolate capital markets across several chains. 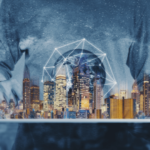 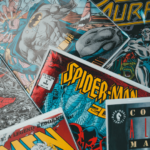