Hundreds of thousands of stars have been examined by the Kepler Space Telescope, NASA’s first dedicated exoplanet hunter, in the quest for possibly habitable worlds outside our solar system. Even after the telescope’s death, the calatog of probable planets it had accumulated continues to provide fresh findings. Human scientists look for hints of exoplanets in the data. However, a new programme known as ExoMiner can now duplicate that process and search the library more quickly and efficiently.

The Kepler Space Telescope, which shut down in November 2018, was looking for transient reductions in star brightness that may be produced by a planet passing in front of the star’s disc as viewed by Kepler. According to a NASA statement, not all such dimmings are produced by exoplanets, and scientists have to employ complicated processes to differentiate false positives from the genuine thing.

ExoMiner is a sort of artificial intelligence programme known as a neural network, which may learn and enhance its abilities when given enough data. And Kepler produced a lot of data: The telescope identified thousands of planet candidates in its less than ten years of operation, approximately 3,000 of which have now been verified. This accounts for the vast majority of the 4,569 exoplanets currently known.

Scientists going through the Kepler data would look at the light curve for each possible exoplanet and compute how much of the star the planet seems to cover. They’d also look at how long the potential planet appears to take to cross the star’s disc. The brightness fluctuations reported in certain situations are unlikely to be explained by a circling exoplanet.

The researchers were able to add a batch of 301 previously undiscovered exoplanets to the Kepler planet database at once using the ExoMiner programme, which follows the identical process but more efficiently.

“When ExoMiner says something is a planet, you can be confident it’s a planet,” said Hamed Valizadegan, ExoMiner project lead and machine learning manager at NASA’s Ames Research Center. “Because of the biases that come with human categorization, ExoMiner is very accurate and in some ways more dependable than both existing machine classifiers and the human specialists it’s supposed to mirror.”

Scientists are hoping to use ExoMiner to help sift through data from other existing and upcoming exoplanet-hunting missions, such as NASA’s current Transiting Exoplanet Survey Satellite (TESS) or the European Space Agency’s Planetary Transits and Oscillations of Stars (PLATO) mission, which is scheduled to launch in 2026.

Unfortunately, none of the newly discovered exoplanets are plausible prospects for hosting life since they are outside of their parent stars’ habitable zones.

According to NASA, the research has been approved for publication in the Astrophysical Journal, and a draught of the manuscript may be viewed on the preprint site arXiv.org. 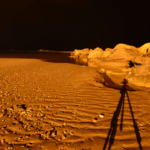 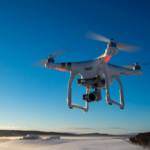