The crash test dummies bear all the weight of the test so that we do not have to. A single one can cost more than a million dollars today thanks to the advanced technology inside. One thing, however, has remained the same for decades. Despite the distorted bodies of the dummies, the body shapes remain typical of a man of average size, a little over a century now. Here’s an insider’s look at how a top dummy manufacturer is making its newest line.

Well, what are crash test dummies and why are they so expensive?

Crash test dummies are manufactured by Humanetics, the world’s largest manufacturer. Located just outside America’s Motor City, Detroit. However, ATDs, as they are called, are extremely rare.

It takes five months to complete the most advanced THOR design. Their parts count can exceed 30,000.

Blake Emad, Test Engineer at Humanetics, says “a simple mannequin is much more than it appears.”

Each dummy is made of many different materials, including metal, rubber, foam, vinyl, and plastic. In addition, there is an intricate array of electronic sensors and components inside the vehicle, collecting data related to crash forces.

While enduring numerous impacts, each dummy needs to continue delivering reliable data. The US has saved an estimated 600,000 lives, thanks to auto safety improvements, which were designed in part using data from crash test dummies.

“This means it has to be able to withstand tens of thousands of crashes over the course of a long lifespan of 30 plus years”, says Chris.

When molding is complete. Hand-finishing and trimming are done for each. Stability and durability are provided by the skeleton underneath the skin. These bones, however, are less prone to breaking than human bones.

According to Jack Jensen, Engineering Humanetics’ VP, “most bone structures are manufactured with steel, and the process needs to be automated. Precision is ensured by numerically controlled machining.”

Actual machining is shown by Operations Manager Bryan Rowell. Hybrid III 95th pelvis: what is it? He mentions meeting all the tight tolerances on a print. In order to fix the femurs, they machine out the hip sockets.

There is a direct replica of the human skull, ribs, and pelvis. Compared to the newest generation of high-tech models, earlier models were crude, even the pelvis of the THOR dummy is movable.

In Bryan’s opinion, the Thor pelvis provides a more accurate view of the anatomy. On the dummy, this allows for the installation of more load cells and sensors, which allows us to record more accurate information.

Taking a crash scenario into consideration

In a crash scenario, sensors determine which parts of the body have been damaged and which parts are just scratched and bruised.

Chris says, “the reason every injury can be calculated is that we have sensors on every part of the body that might suffer an injury. There is a lot to understand here.”

A special lab is used to build and calibrate the sensors. Many of them are included in the latest Dummies. Different forces are generated from different directions when a dummy crashes. An acceleration sensor can monitor acceleration, torque, force, and impact. A computer outside sends information to the older dummies using cables attached to them.

“As a result of the cable, the test would be biased. Data acquisition systems were developed. Like a black box in a crash test dummy, this is really similar. It does this by capturing data from the crash in microseconds, and then that can be downloaded separately.” says Chris.

Dummies no wonder, are so expensive.

According to Chris, “the most sophisticated crash test dummies can cost as much as a million dollars, because they are handmade to the highest standards.”

Although many crash tests are still conducted using poorly designed Dummies, rating agencies continue to use Dummies that are based on a male body shape when compiling their rating of car manufacturers.

According to Raul Arbelaez, VP of Vehicle Research of the Insurance Institute for Highway Safety, “a midsize male Hybrid III dummy is used for front crashes. SID-IIs dummy is what is used for side crashes. This figure represents a female or adolescent who is smaller.”

Female and adolescent bodies resemble male body shapes but are smaller. Test dummies, even those that are male, are outdated. Those numbers are based on an American man’s height and weight from the 1980s. A man’s average weight has gone up 20 pounds since then, whereas the standard dummy hasn’t. Manufacturers of human-like dummies, such as Humanetics, started making them more than a decade ago.

“It is somewhat more biofidelic than the 50th has traditionally been”, according to Blake.

There are two versions of THOR models available, the male THOR-50th and the female THOR-5th.

“Unlike a scaled-down male, this appears to be a female. Crash test dummies like this are female. In addition, the THOR-5th has a number of new sensors that are specifically designed to help address the injuries and concerns we are witnessing in the field involving female drivers”, says Chris.

As a result of that, a wider variety of Dummies are produced and the production costs are higher. However, it ultimately results in safer vehicles and better data.

The car companies can benefit from additional information that is provided. Airbag manufacturers, seat belt retailers, and other manufacturers whose information can be used to increase the safety of cars.

It is possible that future cars will never be tested with crash test dummies.

“Our industry faces many potential changes in the coming years”, says Raul. In some ways, we may have to shift to virtual testing rather than testing with dummies and real vehicles because we will be able to represent a wider range of speeds, impact angles, occupants, males and females, sizes, and shapes in a virtual environment.

Crash test dummies, however, are still crafted by hand, so even if everything ends the same, they have the best chance of surviving. 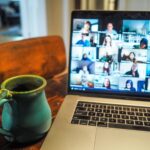 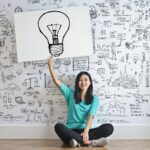