Lara was left with no other options. Her severe depression had not been treated over the past five years, and nothing helped. “My daily life had become so restricted and impoverished by depression that I felt tortured by each day,” the 36-year-old said.

For the first time in a long time, she felt relief after having a device implanted into her brain. According to Lara, who keeps her identity hidden because depression is stigmatized, it was like my perspective on the world changed.

In a proof-of-concept trial published in the journal Nature Medicine recently, Lara was the patient treated with a new approach to dealing with severe, treatment-resistant depression. The study suggests another way to treat this condition. We still don’t know whether it would work equally well on other people, since the study only involved Lara. Despite these difficulties, researchers learned more about depression from the trial and could apply these lessons to other treatments for the disease.

“We identified through this trial some fundamental properties about the brain,” said study author Katherine Scangos, a psychiatrist at the University of California San Francisco Weill Institute for Neurosciences, during the press briefing. “We think these findings about the brain will be available for the general public, and will help us develop new personalized depression treatments.”

“Faulty circuits can cause depression”

A technique known as deep brain stimulation was used to control abnormal brain activity using electrodes implanted within the brain. Epilepsy and Parkinson’s disease are examples of conditions prone to seizures. Several studies have demonstrated that it may sometimes be helpful for depression over the past decade, but the results have been inconsistent. Previously, most efforts focused on stimulating individual brain areas believed to be responsible for depression. Nevertheless, the study focused on brain circuits that are interconnected and responsible for particular functions – throughout the brain.

“What we are increasingly realizing now is that depression is caused by faulty circuits,” Scangos says.

Individuals, however, may have different circuits involved. The trial team tailored the treatment to match the depression of the specific patient. When Lara’s depression flared up, the researchers explored what type of brain activity took place. A surgical implant was used to detect that brain activity and trigger an electrical stimulation of the circuit that was causing it.

It was a highly successful procedure for Lara. The night after the device was turned on, her ratings on depression rating scales dropped. Additionally, her mood dramatically changed. She laughed loudly in the lab when she initially received the stimulation. “And everyone in the room went, ‘Oh my god,’ because that’s the first time I spontaneously laughed and smiled, where it wasn’t faked, in five years,” she said.

Lara’s depression circuit ignites hundreds of times throughout the day, and each time, her implant delivers a brief stimulation. Every day, Scangos says her brain is stimulated for around 30 minutes. The pulses cannot be felt by Lara, but she can guess when they occur throughout the day based on her observations. “There’s a sense of alertness and energy or positivity that I’ll feel,” she said.

It was only a first trial, but Lara’s success was impressive. This FDA investigational device exemption allowed it to be used in the trial even though it is not approved for treating depression – it was originally intended to treat epilepsy, not depression. “We have a lot of work ahead of us as a field to validate this result to see if it’s actually something that will be enduring as a treatment option,” said Edward Chang, an author on the study and the chairman of the department of neurosurgery at UCSF.

“Many of these approaches are considered last resorts”

If it proves to be effective for others, Chang says it will probably only be used after trying all other options. Surgery is always dangerous, especially brain surgery. Those who choose that route usually have tried every other form of treatment for Parkinson’s and epilepsy. “For now, a lot of these approaches we consider a last resort,” Chang said. It’s an expensive approach, as well — the device used in this study typically costs between $35,000 and $40,000.

However, this demonstration could provide a substantial boost to understanding depression in general. At least one circuitry in the brain was implicated in a person’s depression, and it was found that other patients shared that circuitry. Developing non-surgical strategies targeting depression circuits would be feasible with this knowledge. “Having this information and knowledge we think is going to go far beyond this application,” Chang said.

As a result of her success, Lara believes some of the stigma associated with depression could be reduced. Having read this study changed Lara’s perspective on the illness, she said. She said that for most of her life, she had internalized the idea that she would feel better if she got back up and worked hard enough. “We tried every treatment possible, and I had such a positive attitude through all of it, and none of it worked. And it just reinforced the depression, and made me feel like I was the world’s worst patient, and that was my own personal moral failing,” she said.

During her trial, that changed and helped her fully understand that her depression was a brain disorder. “By the end of this I went, ‘Oh my god, this is no different than someone with Parkinson’s,’” Lara said. 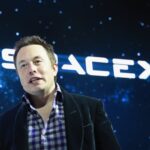 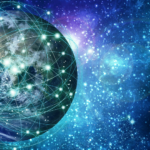