According to a senior human spaceflight programme official, China plans to open its space station to commercial missions and activities.

“Once our space station is up and operating, we will actively urge the private sector to engage in space in many ways,” Zhou Jianping, chief designer of China’s human spaceflight programme, said on March 9 on China Central Television.

“There are numerous options. We hope that commercial space operators would be competitive and cost-effective in sectors such as space applications and space resource development. “The future seems promising,” Zhou stated.

Last year, China’s launch companies began mentioning the Tiangong space station as a potential contract win. This appears to be in reaction to CMSA, China’s human spaceflight agency, issuing a request for ideas in January 2021 for low-cost cargo transportation methods for the Chinese space station.

The declaration was the first indication that commercial enterprises might be allowed to participate in the national space station project. The move is reminiscent of previous NASA commercial cargo projects.

“At home and abroad, commercial involvement in space has been on everyone’s mind. This demonstrates the space sector’s growing importance in science and economic development, according to Zhou.

The Tiangong space station will be completed this year, according to China’s plans. Six launches are planned to add two science modules to the Tianhe core module in orbit, as well as two cargo spacecraft and two crewed missions (Shenzhou 14 and 15).

China’s human spaceflight requirements are already shifting to fit scientific and other objectives. In late 2020, CMSA, which is part of the People’s Liberation Army (PLA), picked seven pilots, seven spaceflight engineers, and four payload specialists as part of the third astronaut selection round.

The Tiangong station is expected to last at least ten years in low Earth orbit. Other countries’ astronauts are likely to visit the three-module, T-shaped station as well.

NASA has been investigating at ways to monetize the usage of the International Space Station in recent years. In December, the agency made three groups of firms prizes totaling more than $400 million to accelerate the development of commercial space stations as part of the ISS transition plans.

The US and its allies have lately begun discussing the possibility of extending the ISS’s use beyond 2030. The invasion of Ukraine and the Western responses to it, however, prompted the chairman of Roscosmos to threaten to pull Russia out of the project.

“I’m sure a lot of scientists and engineers are looking into doing tests in China’s space lab. “It’s fantastic,” Zhou exclaimed.

“We are active in promoting openness for China’s space lab, and it is open to both domestic and international scientists and engineers,” the CMSA has stated numerous times.

CMSA is already collaborating with the United Nations Office for Outer Space Affairs (UNOOSA) on an international experiment mission to Tiangong.

Last year, Nanoracks’ CEO, Jeff Manber, stated that the company has already lost business to China and its space station.

In August, Manber claimed, “I lost a customer, my first customer, heading to the Chinese space station.” “Right now, we’re in a competition.” 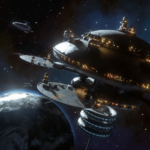 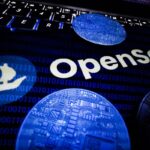