In recognition of the completion of two years of operation of the Chandrayaan-2 spacecraft around the lunar orbit, Indian Space Research Organisation Chairman K Sivan on Monday initiated a Lunar Science Workshop 2021.

According to the Bengaluru-headquartered ISRO, Mr Sivan, who is also Secretary in the Department of Space (DoS), released Chandrayaan-2 data products and science documents.

According to the website, Chandrayaan-2 is observing the Moon remotely and in situ with eight payloads.

“The science data are being made available for analysis by academia and institutes, for a greater participation to bring out more science from Chandrayaan-2 mission,” ISRO said.

On the ISRO’s Facebook page and website, the ISRO’s two-day workshop will be livestreamed to engage students, professors, and institutes in analysing Chandrayaan-2 data.

In a virtual workshop, the scientists are sharing the science results of the eight payloads.

In addition to the Chandrayaan-2 lectures, there will be discussions on the tracking, operations, and data archiving aspects of the mission. 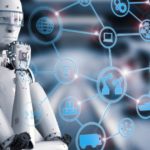 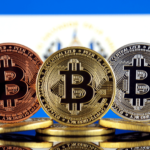