Over 400 million people subscribe to music streaming services worldwide, and the industry generated $13 billion in revenue last year. Some critics say that musicians and politicians alike are “losing out” on the money that should be going to acts and songwriters.

Audius can help you with that. The protocol is a crypto-powered music sharing and streaming platform designed to give artists more control over monetizing and connecting with fans.

Audius is an open-source project run by a community of artists, fans, and developers and is one of the largest non-financial crypto applications. The number of unique users passed 5.3 million in July 2021, up from 2.9 million in January 2021. A total of 7.5 million users listened to tracks in April 2021, the busiest month for Audius so far.

Audius, a decentralized streaming platform, has announced the closure of its latest round of funding. The company raised a total of $5 million. Additionally, Audius recently announced a partnership with TikTok, allowing artists to upload music directly to TikTok. This is the platform’s fourth round of funding.

In addition to big names in the music industry such as Katy Perry, Nas, The Chainsmokers, Jason Derulo and Pusha T, the platform is supported by industry leaders Sound Ventures, Electric Feel Ventures, and former Sony/ATV boss Martin Bandier.

Over six million people use the blockchain startup every month. Katy Perry will be releasing a NFT collection in December 2021, which has already attracted many artists to the NFT space. Taking part in a platform like Audius is quite an undertaking for artists who are part of the traditional label system since they must go through several legal procedures.

“I’ve known that blockchain will change the world since I invested in Coinbase five years ago and I believe it might be the most important technology to ever hit the music industry,” said the rapper Nas in a statement. “Everyone who uploads to Audius can be an owner, you can’t say that about any other platform.”

Audius has been around for over one year now and focuses on decentralized music streaming and social media. This app connects fans directly to artists through uploading their music, as well as connecting them with exclusive new music.

As a blockchain protocol, it offers artists an opportunity to create time-stamped and immutable records of their work, safe in the knowledge that their output is secured by a decentralized network of nodes.

POA Network, a sidechain of Ethereum, was originally used, but parts were later moved to the Solana blockchain. A unique audio catalog is available to developers through Audius, giving them the ability to build their own apps.

A livestreamed concert featuring deadmau5 and RAC marked the launch of Audius’ mainnet service in October 2020.

It doesn’t suffer from the same problems as other blockchain projects, such as being overly technical in a way that anyone who isn’t into cryptocurrency is left out. In 2019, Roneil Rumburg told Decrypt that users wouldn’t use WeWork products if they were hard to use compared to Google, Facebook, SoundCloud, Steam, or whatever else there is.

What is the Future?

A unique feature of Audius’ Sound Kit allows users to transfer songs onto TikTok’s platform in August 2021. TikTok US users say that 75% of what they do is discover new music through the app, which is likely true for its 730 million user base globally.

By partnering with TikTok, the protocol is expected to become even more appealing to established artists who would like to utilize TikTok’s insane virality.

According to Rumburg, Audius’ co-founder, more partnership plans are in the works, similar to TikTok’s. Adding TikTok to the app is exciting, as it indicates what is coming next. In order to help artists to grow their following as effectively as possible, and better utilize or monetize their relationship with fans, Audius will continue [to expand] the scope of the toolchain available to them,” he said.

Additionally, if Audius gains traction, it will likely spur similar projects to develop. In addition to Songcamp, Catalog, and the Song That Owns Itself, there are other blockchain-based music projects. 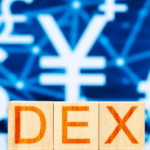 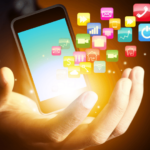