In India, Starlink’s top executive quit on Friday for personal reasons, a month after the Indian government ordered SpaceX to halt pre-sales of the satellite broadband service until it had regulatory licence.

“I have stepped down as Country Director and Chairman of the Board of Starlink India for personal reasons,” Sanjay Bhargava said in a Jan. 4 LinkedIn post.

“On December 31, 2021, I finished my last day of work.” Individuals and the media will not receive any comments from me, so please respect my privacy.”

Bhargava took over the post on Oct. 1, announcing that preorders in India had surpassed 5,000 units, with a “stretch objective” of 200,000 Starlink terminals operational by December 2022.

The Indian Ministry of Communications, on the other hand, issued a statement on Nov. 26 ordering SpaceX to “refrain from booking/rendering” Starlink services “with immediate effect” because the company did not have a licence to operate in the nation.

In the days that followed, SpaceX appeared to be accepting $99 preorder deposits for addresses in India via Starlink’s website.

“Starlink is not yet available in your area due to pending regulatory approval,” the website now informs potential subscribers. Our service area will continue to increase as we acquire permissions, so please check back for future availability in your region.”

In a LinkedIn message written one month ago, Bhargava said: “We hope to have applied for a commercial license on or before 31st January 2022 (unless we hit some major roadblock).”

Reuters, TechCrunch, and others reported that SpaceX addressed customers in India hours before Bhargava announced his retirement, saying that preorder deposits would be reimbursed until Starlink was licenced to operate in the country.

According to reports, SpaceX said in an email on Jan. 4 that “the timing for getting licences to operate is currently undetermined,” and that “there are various difficulties that must be handled with the licencing structure to allow us to operate Starlink in India.”

The email has not been independently verified by SpaceNews. SpaceX and the Ministry of Communications of India did not immediately respond to a request for comment from SpaceNews.

To date, SpaceX has launched about 1,950 Starlink satellites into low-Earth orbit, with approximately 1,800 in orbit.

According to reports, the business plans to launch its newest batch of Starlink satellites from NASA’s Kennedy Space Center in Florida on a Falcon 9 rocket, today.

More than 750,000 customers have preordered Starlink’s services around the world, according to the company. 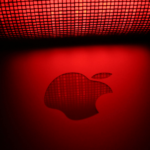 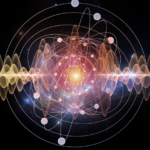