“We are negotiating with Aramco. All black liquid [oil] that comes out of the desert belongs to this company. All the flared gas they’re not using, and that’s public information, I can tell you, it’s enough to ‘power up’ half of the Bitcoin network today, from this company alone.”

In another report, Aramco was reported to be using excess gas produced from oil to mine bitcoins. An alternative to simply disposing off the by-product of oil mining would be to utilize them to mine digital currencies.

“Aramco needs to burn this flared gas. She needs to get rid of this gas that is a by-product of their oil mining, they do. What if you find a way to make money while doing this?”

In its response to rumors that Saudi Aramco intends to enter the Bitcoin mining business, the company quickly denied them, stating:

“Aramco confirms that these reports are entirely false and inaccurate, and that Aramco will not take part in Bitcoin mining activities.”

Arguments in Favor of Mining

It is not surprising that Aramco has been rumored to be investigating Bitcoin mining following the interview. In addition to its oil and gas operations, Saudi Aramco produces a considerable amount of energy for Bitcoin mining. As a hypothetical possibility, Aramco’s energy can be used for bitcoin mining if it flares its gas.

Blockchain technology is already being used by the company

“Aramco is investing significant amounts in blockchain technology and is working closely with its business partners to encourage and prepare them for adopting the technology. Aramco deployed its corporate blockchain platform in partnership with IBM, which enables Aramco to scale up its blockchain solutions.”

Saudi Aramco wasn’t the only oil giant to have dived into crypto mining, as Gazprom, the world’s 10th biggest oil producer, was also mining cryptocurrencies. Gazprom has already demonstrated the ability to generate electricity for cryptocurrency mining using gas that would otherwise be wasted.

Please note that this is a purely informational article. The information on this site is not intended as legal, tax, investment, financial, or other advice. 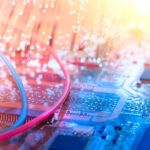 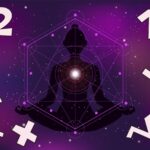