It is common knowledge that gravity on Earth aids us in staying on the ground. The invisible magnetic force is all across the earth, and it doesn’t appear to be going away anytime soon.

Did you realise, though, that gravitational force differs depending on where you are on the planet? This may appear strange at first, but it is true.

Gravity is determined by mass, according to NASA, and because Earth’s mass isn’t spread evenly across the planet, gravity changes over time.

The Gravity Recovery and Climate Experiment (GRACE) of NASA aids scientists in determining the magnitude of gravitational pull around the globe.

It shared a 3D visualisation of a gravity model, based on data collected using GRACE, on a geoid map of Earth — a map showcasing Earth’s true shape, not the sphere ball we assume it to possess.

GRACE’s gravitational anomalies are highlighted by the different colours. To the uninitiated, gravity is defined as the value of gravity for a completely smooth ‘idealised’ Earth, whereas gravity anomaly is a measurement of gravity’s divergence from the standard.

The 3D moving globe illustrates that the northwest portion of South America has a stronger gravitational pull than the southern region of India, which gradually becomes bluer as it approaches the boundaries, indicating a lesser gravitational force in these locations. The Himalayas, however, define another dark red zone in India’s north.

The GRACE Twin satellites were launched in March 2002 as part of a collaboration between the University of Texas at Austin’s Centre for Space Research, NASA’s Jet Propulsion Laboratory in Pasadena, California, the German Space Agency, and the German Research Centre for Geosciences Potsdam.

They took precise measurements of the Earth’s gravitational field, which aided in the understanding of gravity and the planet’s natural systems. The satellites were decommissioned on October 27, 2017, after an age-related battery issue on GRACE-2 rendered them non-functional in September, resulting in their retirement. 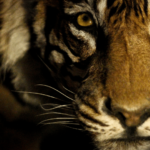 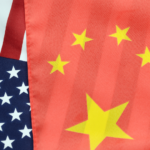