The hologram consists of a series of images created by laser technology, typically using diffraction to transform a two-dimensional image into a three-dimensional photograph while maintaining the depth and parallax effects of the original image.

In a time when globally available digital content is growing in magnitude, Dennis Gabor’s inventions in the 1940s are playing a critical role in coming up with innovative storage techniques.

To address the ever-increasing storage needs, Microsoft’s AI research labs at Cambridge have rethought storage solutions based on holography in collaboration with cloud storage giant Azure.

Despite improvements in current storage technology, Microsoft said this week that they still face reliability and performance challenges, particularly because hard disk drives have mechanical moving parts and flash cells are losing durability.

In addition, Microsoft said holographic solutions offer opportunities thanks to growing optical technologies like smartphone cameras and the development of cloud storage systems.

In response to the growth in customer demand for cloud storage, Microsoft said it was necessary for its storage systems to be rethought from the ground up.

A crystal serves as the interface between a reader and a writer in holographic storage. It is possible to store a huge number of data sets using the entire volume of the crystal. UV light can be used to easily erase. In addition to being more cost-effective than flash devices, which are limited in their read and write capabilities, researchers say this is more efficient. Unlike hard drives with movable components that can wear out, SSDs are also impervious to wear.

Microsoft Research says it has so far gained a near doubling of data density in holographic storage tests, and it expects faster access rates and better compression to follow soon.

HoloLens keynotes are translated into Japanese by a Microsoft hologram

A hint of what’s to come with HoloLens and Azure

It has become possible for Microsoft to turn a person into a hologram speaker of another language. As part of its keynote presentation at the Microsoft Inspire partner conference this morning in Las Vegas, the software giant unveiled the technology. The Mixed Reality studio recently captured a hologram of Microsoft executive Julia White, a representative for Azure.

As the keynote was translated into Japanese, the digital version appeared onstage. Azure AI technologies and neural text-to-speech technology have been used by Microsoft to achieve this. In order to make it sound like White is speaking Japanese, the app uses recordings of White’s voice to create an individual voice signature.

The hologram technology Microsoft has demonstrated previously has been impressive, but the translation aspect makes HoloLens more impressive. To take advantage of this, you would have to have access to a Mixed Reality capture studio for now. It’s hard to create a digital hologram of someone at home with a smartphone right now due to lighting rigs and high-resolution cameras at Microsoft’s studios.

However, it is clear that Microsoft’s demo shows the company’s ambitious plans with Azure, HoloLens, and beyond. While Microsoft’s HoloLens 2 is currently marketed to businesses, Microsoft is seeking to develop software and services that can handle whatever the augmented reality market ultimately becomes.

On Tuesday, Microsoft announced Mesh, a service that enables people to collaborate in augmented reality.

Nearly all the major tech companies are working toward creating the next computing platform using augmented reality (AR), which shows computer-generated images over the real world. In contrast, today’s AR headsets tend to be clunky, expensive — Microsoft’s HoloLens costs $3,500 — and so far have mainly arisen out of industrial settings. In the next few years, Apple and Facebook are widely expected to release their own headsets or glasses with augmented reality technology, which could build consumer confidence and create a gold rush for consumers.

The Mesh system allows people without AR devices to take part in virtual gatherings with those who do. Participants with Mesh-enabled devices will be able to join meetings using any device, whether it’s a PC, tablet or a smartphone. Virtual reality (VR) headsets, which engulf people in a computer-generated world and deny them the physical senses, make the same sort of impact as headsets for AR. They are also generally cheaper and more common than AR headsets. The Reverb G2 from HP, for $600, works with Windows VR.

Microsoft built a sample app for the HoloLens to illustrate what Mesh is capable of.

When you put on the HoloLens and open the app, you create a virtual representation of yourself, and you can join a meeting with people whose virtual representations appear like holograms. Using the headsets, it is possible to move your head, body, hands, and even make them move. You can also communicate with everyone, much like a video chat. In addition, users have the option of importing, displaying, and manipulating ready-made and custom 3-D holograms. There is also a tool that allows you to create 3-D drawings.

The company will release an AltspaceVR meeting app, which is a VR meeting app, that will demonstrate the technology more broadly. The app can be downloaded by customers. As part of its acquisition of AltspaceVR in 2017, Microsoft did not disclose the terms.

Mesh will be incorporated into Microsoft applications at some point, for example the Teams collaboration app that has become increasingly popular during the Covid pandemic as a means for co-workers to meet remotely.

A Mesh software development kit and Azure service will be available. Mesh cloud services are now available for select customers to test before broader availability. The cost of using the service has not been disclosed by Microsoft. Cloud computing services such as Azure are used to host applications.

Despite mixed reality’s promise in the workplace, Microsoft has never stopped pitching the technology. As part of a demonstration, Microsoft officials demonstrated a hologram that was projected into real-time language translation of a person in the air — an aspect of real-time communication in which Microsoft has been working for years. Microsoft has shown keen interest in the field and is growing networks of solutions around the industry’s future. 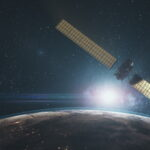 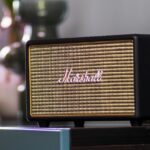