An engineering marvel, the Ingenuity drone has made it to the Martian surface so far despite being tossed out of the Perseverance rover’s belly at high temperatures.

Following its successful landing in Jazero crater on Mars, the Ingenuity helicopter has been the first to effectively fly from another planet for consecutive days. Despite the extreme temperatures on Martian surface, the aircraft that started as an inside joke rolled out of the rover’s belly to test its strength – a true engineering feat designed by the National Aeronautics and Space Administration (NASA).

An Ingenuity helicopter recently completed its first-ever one-way trip from Wright Brothers Field to an airfield 423 feet to the south on Mars to mark the helicopter’s fifth mission. After reaching 33 feet above ground, the craft moved into an operational phase focused on rotorcraft demonstrations.

According to an article in India Today, the one-way flight began at 3.26pm EDT (12.33pm local Mars time) and lasted for 108 seconds. According to the findings from the previous flight, the new landing site was chosen. Ingenuity Mars was then able to produce elevation maps on the Red Planet and discover an almost entirely flat terrain.

It will begin a new phase of operations demonstrations, exploring what capabilities a rotorcraft can provide on Mars. NASA hopes this will enrich understanding of the possibilities of future aerial exploration of Mars and other planets. A new phase of flying will be marked by more one-way flights and more precision maneuvering.

Ingenuity’s maiden flight is important, but why? Technology and engineering are the main reasons for this achievement. Aircraft need lift to fly – the difference in atmospheric pressure at the upper and lower surfaces of an aircraft is well known to be linked to the weight and the lift. Helicopters generate lift by rotating their blades – the faster the blades spin, the more lift is produced. Helicopter blades rotate between 400 and 500 times a minute on Earth, where the air pressure is around 1000 millibars.

As Mars has a significantly lower gravity (about a third of that of Earth), its much lower atmospheric pressure (around six millibar) helps to offset its lower gravity. Nevertheless, the two-kilo craft needed to be lifted by blades rotating around 2400 times per minute. Having two blades of one metre length spin at such a rapid rate was a major achievement for propulsion technology.

Several more, increasingly complicated flights will take place over the next two weeks as a result of this flight. The helicopter has to move cautiously – new hazards will become apparent as it moves – the speeds and directions of the wind must be considered along with the atmospheric pressure.

A conventional helicopter has rear rotor blades for steering, but Ingenuity does not have this feature, and commands cannot be dictated in real time. It will be a nail-biting experience on every flight- and each will give new insights into the local environment at Jezero crater, where the spacecraft will be located. Perseverance will still be able to gain a greater understanding of its surroundings through these images, even if they are limited.

Nasa and Esa do not plan to use helicopters on ExoMars 2022 or the Mars sample return mission.

Perseverance will collect tubes of samples in the sample return mission, set for launch in 2026. Consider that a helicopter might accompany the fetch rover from its landing site to the cache of tubes, and then on to the vehicle that will carry samples from Mars’ surface into orbit. This may sound impossible, but we’re getting closer to making it a reality every day.

The Wright Flyer, the airplane built by the Wright brothers, may have had a small piece of canvas on board. The little spacecraft certainly deserved a pat on the back for a job well done. There are probably never going to be so many flights across Mars’ surface as there are across the Earth, but they will take place. It may not have been a giant leap or just a small step – but it was a great victory as rotor blades rose against gravity.

In addition to an experimental mission of this type, the helicopter will also be collecting samples of rocks and sediment in tubes, which will be returned to Earth by a future mission in search of ancient life on mars.

Scientists would be able to examine the subsurface of a region from the air and into areas too steep for rovers to reach, says NASA. In the distant future, astronauts may even be able to explore Mars with such technology.

Using this rotorcraft, NASA hopes to demonstrate rotorcraft flight in the thin atmosphere of Mars, which explains the significance of the mission. The future probes will explode the possibilities of such autonomic flights and a whole new level of planetary exploration will start unfolding through more such probes in space programmes. 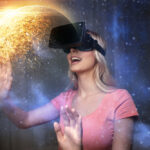 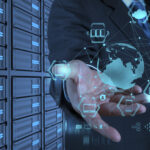