Having made thousands of dollars over the summer, two siblings have launched a cryptocurrency mining company to pay for college fees, as has been reported on Tuesday.

Ishaan Thakur, 14, and Aanya Thakur, 9, founded Flifer Technologies in April with the help of their father, Manish Raj.

“We started because we wanted to learn something new about technology – and also make some money along the way,” Ishaan said.

A pair of bitcoin miners from Frisco, Texas, said in an interview that they make more than $30k a month mining bitcoin, ether, and ravencoin – an altcoin with a market cap of $897 million.

In an interview, Ishaan said that on the first day, the brother and sister made $3 mining ether. In July, their father, whose earnings grew, purchased specialist mining equipment and graphic cards for them to mine bitcoins and ravencoins.

“The family rents a data center in Dallas and mines from home,” Ishaan said.

Ishaan said that for their mining they only use “100% renewable energy.”

To mine Bitcoin, the world’s most valuable cryptocurrency, miners must use a great deal of computing power to solve complex math problems.

The practice of mining bitcoin has faced criticism for the environmental impact of its energy usage since miners earn a bitcoin in return for solving problems.

Many people have been able to earn thousands, even millions, by mining and investing in cryptocurrencies in relatively short periods of time.

Investing in certain cryptocurrencies, however, is riskier than many other forms of investing due to volatile swings in value. 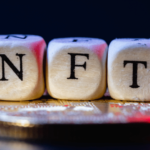 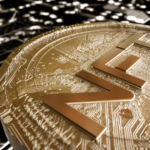