The New Automated Apple Car is the next gen of innovative machines!

Various automotive projects have long been rumored to be in the works at Apple. This work is collectively called “Project Titan.”

Self-driving vehicles and car design fall into two broad categories that can utilize the term, which describes a number of different technologies and elements.

Initially, it seemed that Apple would be creating a vehicle of its own, the Apple Car, but the rumors indicated Apple may have changed its direction. Rather, it focused just on self-driving systems, instead of the grand design of an automobile.

In recent months, there have been numerous reports, rumors, and patent filings that suggest Project Titan is still very much concerned with automobile design, and that is increasingly central to the platform overall.

At first, “Project Titan” was reported to be about an electric vehicle we’re calling “Apple Car,” slated to arrive in 2019 or 2020. An internal conflict among managers ultimately resulted in a lack of leadership towards the end of 2015, one source said. Steve Zadesky was thus forced to leave the project.

“Project Titan” is still in flux, sources said, with Apple wanting to use BMW’s i3 as the basis for it. Apple and BMW have held talks about a potential partnership, though both companies said they ended talks with Apple about which manufacturer would lead the project and control data.

An article in the German press reported Apple had a secret car lab in Berlin manned by about 15 to 20 car industry “top-flight” people working on issues related to “Apple Car” concepts, joint manufacturing, and government problems. Magna Steyr Austria is a possible manufacturer.

Hundreds of Titan employees filled an auditorium setting in May 2016 to announce the new strategy. After an evaluation, Mansfield determined that Apple shouldn’t compete directly with Tesla, which already offers a number of electric cars and is integrating fully automated driving into its vehicles.

In the first “Apple Car,” drivers could be detected via fingerprints and then the car would drive them anywhere. This vision soon developed into something bigger. It is also possible that the automotive supply chain is another factor that has caused Apple to pull away from its own car. It is common for Apple to experience heavy control over its suppliers for devices like the iPhone, but a “Car” may be less likely to result in a commitment from auto parts suppliers, as a result of higher costs and Apple likely producing small numbers of vehicles at first.

Meanwhile, the firm is working with charging station suppliers to hire engineers and discuss technology. According to reports, Apple was approached by an engineering and construction firm.

In a July 2017 report, Apple was reported to be spending $7.6 million on designing and researching new automobile batteries with Chinese firm Contemporary Amperex Technology (CATL). Neither CATL nor its representatives gave details regarding the confidentiality agreement.

The design efforts of Apple have primarily been kept under wraps, as opposed to the self-driving element, which is naturally in the spotlight. Patent applications have been the only indications of Apple’s design direction so far, along with rumors suggesting Apple is developing an electric van.

The general appearance of the vehicle may differ from the current design of vehicles based on patent filings, rumors, and speculation.

As for Apple Car, sleek lines and wide swinging doors could be reused from other products, eliminating the need for any kind of permanent central pillar, therefore making openings even wider. In addition to VR and AR technology, existing suggestions include lighting privacy, in-screen displays, and innovative sunroof designs.

As self-driving systems become more prevalent, we could see more radical layouts in vehicles, as there would be less of a need for traditional seating arrangements

Release Speculation for the “Apple Car”

The first “Apple Car” is probably still a few years away, if Apple actually intends to sell one.

A 2016 report pointed to Apple’s intent to unveil its new system in 2020, but factors like Steve Zadesky’s departure forced the rollout into 2021.

Kuo predicted in August 2018 that customers would be able to purchase products under “Project Titan” in 2023 as early as 2025. Apple will take advantage of tectonic shifts in the automotive market, Kuo wrote, but it was unclear how the dates were determined.

Features and testing of the “Apple Car”

Autonomous vehicles
The self-driving vehicle system, which has been Apple’s major focus throughout the entire project, is still known as “Project Titan” since it is based on the original car design concept.

Contrary to the rumors and patent filings about the designs, Apple is actively known to have developed and tested a self-driving system, which has been publicly listed with regulatory agencies and has even been spotted on public roads.

With regard to the in-development car and driving system, Apple has submitted dozens of patent applications, as it has done with other products. As more of these patents surface, Apple further cements its interest, but does not guarantee the development of an “Apple Car.”

In addition to design patents, Apple also has applications for patents related to automobiles. Power train systems, for example, can take part in this technique, but it can also be applied to ideas in vehicular design that are rethought in novel ways.

“Apple Cars” could have a sliding glass sunroof, but in a way that maintains its central position despite the car’s framework and tracks diverging in different directions. In addition, an independent sliding and lifting section is also proposed for a multiple segmented sunroof.

An illuminated indicator could be displayed next to an obstacle to help drivers identify road hazards, or specific sections of the road could be lit up to make such visibility more apparent.

Drivers could be protected from glare on their windscreens with an anti-glare system that dims or blocks out portions of the glass at night while leaving the rest of the glass transparent.

A smart seatbelt is being developed by Apple that is able to control CarPlay devices. By using illuminated seats, users can let them know what they need to adjust them for comfort or buckling themselves up.

Doors have also been redesigned, including wide openings without a center pillar and sliding doors with direct-feedback hinges.

By using inflatable sections to cushion impacts, retractable bumpers could help extend the life of a vehicle.

Additionally, the floor of the battery was designed.

A vehicular peloton with shared power can make use of electricity in unusual ways.

Some people have proposed wireless charging systems, as well as one in which a robot plugs the charging cable beneath a car when it is parked.

The iPhone 11 allows for keyless entry, for example, thanks to ultra-wideband radio technology.

With the advancement of technology, automation has become a new trend. Autonomous vehicles are now the latest trend, and Apple is looking to revolutionize the automotive industry with its new design. With Apple’s new automated car, you will be able to do anything on your own without the need for a driver. The car is able to change lanes and will be able to park on its own, all with the push of a button.

The world of innovation is always moving and coming up with new and great things to change the way we live. When it comes to the automotive industry, we have seen a revolution. With Apple Car being announced, it is a big step in the future of personal transportation. 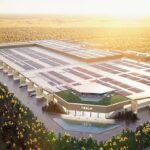 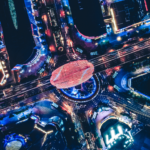