There are expected to be 9.8 billion people on the planet by 2050. The projected urban population of 6.7 billion people is expected to surpass 70 percent over the next 20 years. We asked Skidmore, Owings & Merrill (SOM) architects and urban planners how they would envision a city of the future, informed by past experiences and preparing for the challenges that lie ahead. Their vision is articulated on five scales, encompassing everything from the surrounding environment to the interior of a building. The 10 key principles are:

The sustainable use of land, both within and outside a densely developed hub, ensures water, food, and recreation for its residents. Commute times can be reduced and emissions reduced by high-capacity transit.

To collect and filter rainwater, bioswales (absorbent rain gardens) and pools provide an alternative to gutters.

Train stations serve as business and social hubs in their regional areas.

A common sight atop buildings is solar panels and roof gardens, which encourages sustainable energy and small-scale farming.

Gardening and farming in the urban environment

Advanced hydroponic technology is used in new developments and communities for urban agriculture.

In SOM’s design, a water table recharged by percolating soil occurs in all parks and infrastructure. Shanghai is already testing “sponge city” measures.

These buildings are incorporated with natural elements and largely modular, resulting in less waste and faster production. Changes in housing, business, and industrial needs can be easily accommodated by altering spaces quickly.

provide shade and social areas for buildings while helping to improve the air quality.

In the construction of the building, all surfaces of the facade were covered with solar panels to capture the sun’s energy.

Light and air are more easily able to reach the ground in low-rise buildings, which promotes health and wellness.

There are natural landscaping features, water filtration, and environmental monitoring along the streets.

Smaller and micro-sized homes can be built with shared spaces and amenities, improving human interaction. Communities can foster social equality and a sense of belonging through community activities.

With fewer cars on the road and more plants indoors, air quality improves and particulate air pollution is reduced.

The building provides a variety of unit sizes, easy access to services, as well as good transportation to allow residents of all ages to live together.

When living in dense communities, it’s easier to reuse or recycle used items – especially those that aren’t biodegradable.

City of the future for all

Eventually, the city will be fully accessible to the disabled, with goods and services freely available to all residents.

Neighborhoods are designed so everyone can get everything they need within 10 minutes of walking. Mixed-income communities can live close to work thanks to various housing types.

Drones that are programmed from afar become powerful and large enough for urban transportation.

In response to new economic conditions or technological advances, modular interiors can be quickly and easily switched out for another use.

The cleanest form of energy

Building rooftops can be covered with bladeless wind turbines for supplementary energy if they are lighter and cheaper.

In the last three decades, wetlands around the globe have decreased by one-third. In the future, all that remains will be preserved and restored.

is a technique of hydroponic farming, where produce is grown under high-­efficiency LED lights, directly below homes and offices.

The gardening style of xeriscaping, which does not require irrigation, employs only local plants.

City centers of the future will consist of dense developments linked by high-speed rail. A city’s growth is governed by the regional ecology. Cities tend to move inland when sea levels rise.

Agro-sustainability is developed near urban centers to reduce transportation.

Transit based on a scale

Biological researcher E.O. The ecosystem and its waters are protected by 50% of Wilson’s Half-Earth Project.

SOM’s designs incorporate one idea: landscape and infrastructure complement and are shaped by nature in order to encourage rapid urban population growth.

The future of the city is yet to be determined, but in Silkroad’s version of the future cities, they suggest a lot of ideas on how the city could be improved. The city would have improved modes of transportation and the focus would be on green energy.

Silkroad has done an amazing job of forecasting the future, and with the new release of their Future Cities, it is no surprise. This blog has highlighted some of the key takeaways from their new release. 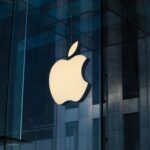 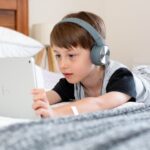