NFT presents the first spiritual music of the world with a eight-minute hymn invoking the thousand names of Lord Vishnu, a supreme deity in Hinduism.

Naad Dhyan Yogini Sadhana Yogalakshmi is known for her powerful voice in the hymn, known as Shri Vishnu Sahastra Naam. Now, this hymn is available as a non-fungible token.

Sapio Heritage’s Ajanta HC Music label release this exclusive music as a part of Sapio Analytics, a government advisory firm. The piece’s impact can be felt indirectly through its exclusivity.

In this 68-minute song, Sadhana Yogalakshmi invokes Lord Vishnu’s thousand names in her voice; she is an acclaimed spiritual musician who blends ancient wisdom with healing and meditative music to awaken peace and happiness within us.

Music from ancient Indian culture is well known for healing our souls since ages, which is why we picked this hymn as the first spiritual song around the globe to be turned into an NFT in order to achieve its true value, because of the hymn’s ability to generate calmness and peacefulness.

Hardik Somani, Director of Sapio Analytics and Member of the Government of India Committee on Heritage Restoration using frontier technologies, says today’s world demands such a level of positivity, as it is scientifically proven that a positive state of mind helps fight diseases like COVID.

A NFT is a means of proving ownership of a digital asset, using blockchain technology. The record is unique, permanent, irrevocable, unimpeachable, and verifiable. The source of the content could be both a worshipful hymn or a revered musician. Spiritual music, such as this, would bear a higher value as a result of its origins and provenance. According to the record label, this version of music is exclusive enough to be listed in the NFT.

“Its inspiring to be selected to be the first spiritual music in the world to be listed as NFT on this platform. I hope this creates remarkable history and a great future for spiritual music, particularly those originating in ancient Indian culture”,

“This is a significant start to achieving the true value of such music considering the kind of impact it creates on us. We hope that with this NFT, we are able to initiate a new beginning for ancient Indian art, culture and heritage. Our label produces music that’s for the healing of the spirit and raising of human consciousness”.

The Ajanta HC Music label, which has locations in Palo Alto, London, and Mumbai, is devoted to revolutionizing the music industry by merging spirituality with new age technology.

A few months back, Zoe Roth sold the original picture of her famous “Disaster Girl” meme for simply $500,000. It remains to be seen how NFTs will impact the world of art and music. 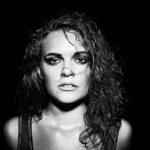 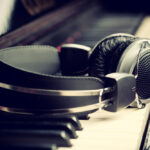