Kamal Haasan, who recently turned 67, is on his way to being the first Indian celebrity to have his own digital avatar in a metaverse. With the launch of non-fungible tokens, the actor, politician, producer, and director has declared his debut into the digital arena (NFT). With this, he has joined Indian celebrities such as Amitabh Bachchan and Sunny Leone in launching his own digital token collection, which will be available only to those who invest in it. This also demonstrates the growing popularity of NFTs in India, as more and more celebrities join the industry.

On his birthday, November 7, Haasan stated that he is thrilled to investigate the new enterprise. “I am excited to explore the emerging intersection of digital and physical world, which is now becoming popularly known as metaverse..my life’s journey of over six decades have blurred the distinction between my personal and professional life will be my offering for this metaverse,” he stated in a press statement.

To promote his own NFT collection, the actor-turned-politician has teamed up with Fantico, an Indian licenced digital collectibles marketplace. His digital avatars will be unveiled on the fan engagement platform. Apart from that, Haasan will have his own gaming universe, with Fantico developing a game-based metaverse dedicated to him.

The move will allow the actor’s fans and followers to connect with him in his own universe, and the facility will be accessible from anywhere in the world because it is digital. It will also give them access to his digital avatars, as well as the ability to purchase mementos like NFTs and participate in meet and greet events. Apart than NFTs, Haasan’s keepsakes will be available in physical form to his followers.

Fantico will begin the process of bringing the celebrity by first launching his NFT line. An NFT is a data unit kept on a digital ledger known as a blockchain that certifies a digital asset as unique and thus non-interchangeable. Photos, films, audio, and other sorts of digital media can all be represented using NFTs.

“We are very excited to announce that we will be launching a game-based Metaverse which will be first of its kind in India. To have a legend such as Kamal Haasan on our platform will only set the trend for more creators to adapt to the future of fan engagement,” Fantico CEO told ET in a statement.

Fans would be able to get their hands on the NFTs in the shape of posters, avatars, and movies featuring the actor, he added. According to the revelation, the star will have his own personal museum in the metaverse. The metaverse’s and games’ specifics, on the other hand, have been kept under wraps. Fantico is also in the process of integrating additional actors, athletes, studios, and other people to the metaverse, according to Singh.

Megastar Amitabh Bachchan’s NFT collections of “Madhushala,” autographed posters, and memorabilia got bids of roughly 7.18 crore in an auction organised by Beyondlife.Club the day before Haasan’s declaration. This was India’s highest-ever bid for NFTs. The auction was held from November 1 to November 4, and it closed on November 4. The ‘Madhushala’ NFT collection — Amitabh Bachchan’s father’s poetry recorded in the superstar’s own voice – was the most successful during the auction.

The global metaverse scenario, experts at the WazirX Trade Desk said, “Metaverse based projects have seen near exponential growth in the recent past ever since Facebook announced its Metaverse transition. Interestingly, the Monster-battle and non-fungible token (NFT) based game Axie Infinity is rapidly gaining popularity among workers in developing countries as a potential avenue for income. Axie Infinity is allowing developing nation workers to make money in the trading of collectible characters.” 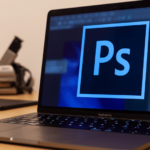 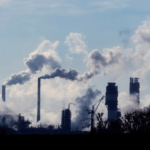