Despite complaints last week that Apple turned a lawsuit settlement into an App Store change that was little more than a cosmetic tweak, the company appears to have conceded, albeit a little: Developers of special reader apps (like Netflix, Spotify, and Amazon’s Kindle) can now allow customers to subscribe directly to their website. App developers who have not yet implemented this feature will be able to totally bypass Apple’s in-app payment system (and its 30% take).

As Apple claims in a press release, the move will close an investigation by the Japan Fair Trade Commission (JFTC), and that it will only apply to apps in the “reader” category for now — originally designed for Netflix and Hulu so they could sign in to their existing accounts rather than having to sign up for yet another subscription on the App Store (and pay Apple’s fees).

In a press release of its own, the JFTC stated that Apple had agreed to eliminate allegations of antitrust violations. It says Apple has committed to establishing transparent app reviews every year for the next three years. After the investigation, Apple amended its app review guidelines, according to the JFTC.

“You can’t sign up for Netflix in the app. We know it’s a hassle”

Spotify and Netflix’s iOS apps are not useful if you do not already have a subscription: both provide a sign-in page without a link to their websites. “You can’t sign up for Netflix in the app. We know it’s a hassle,” reads the Netflix app’s splash page. However, even the standard Amazon app doesn’t allow you to purchase books through the Kindle app or to create an account page across from it. You can only create an account through the Kindle app itself. The mobile browser is required to make a purchase.

A small change, as Apple has only agreed to allow readers to “share a single link that leads to their website for account setup and management.” Apple also says it will help readers “protect their customers from spammy links to external sites,” suggesting it will have specific guidelines regarding what these links look like. It is unclear whether developers will be allowed to mention prices at all.

Even after Apple later changed its mind about rejecting Hey’s email app, the company is very clear that email apps do not count as “reader” apps, even if you subscribe outside the app and you can only sign in without one. Ultimately, Apple decides which apps qualify for the reader app category.

Exceptions made by Apple!

Furthermore, Apple also seems to be tweaking its definition of a “reader” app: While Apple’s App Review Guidelines state reader apps “may” provide access to previously purchased content (possibly paired with in-app purchases, like Netflix), however, Apple specifies that developers of reader apps “do not offer digital goods or services for purchase”.

Therefore, Apple is only offering this exception to companies that do not pay Apple any commissions from in-app purchases anyway. Some of Apple’s harshest critics, such as Spotify, are included in that list.

Apple’s anti-steering rules have been criticized by some who suggest they could charge their customers less, if they direct them to their own websites instead of Apple’s. By not paying Apple that additional 30 percent, users would save. Apple’s new rule probably won’t allow this idea if its “reader” category does not include apps with ad-supported content.

The answer to these questions may not be available for quite some time: Apple says the rule won’t go into effect before early 2022. 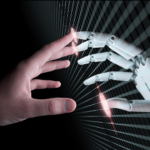 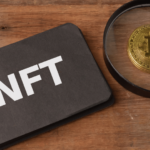