Starlink, Elon Musk’s rocket firm SpaceX’s satellite Internet branch, established its business in India on Monday, according to company records submitted with the government, as it prepares to start Internet services in the nation.

With a local entity, Starlink Satellite Communications Private Limited, the business will be able to seek for government licences necessary to deliver broadband and other satellite-based communication services.

“Pleased to share that SpaceX now has a 100 percent owned subsidiary in India,” country director for Starlink in India, Sanjay Bhargava, said in a LinkedIn post.

“We can now start applying for licences, opening bank accounts, and so on,” said Bhargava, who joined the firm in October, according to his LinkedIn page.

Starlink is one of a rising number of firms that are launching tiny satellites as part of a low-Earth orbiting network to deliver low-latency broadband Internet services throughout the world, with an emphasis on distant locations where terrestrial Internet infrastructure lags.

Amazon’s Kuiper and OneWeb, which is co-owned by the British government and India’s Bharti Enterprises, are among its challengers.

According to the corporate registration, Starlink wants to “carry on the business of telecommunication services” in India, which includes satellite broadband Internet services, content storage and streaming, and multi-media communication, among other things.

It will also sell satellite phones, network equipment, wired and wireless communication devices, and data transmission and receiving equipment, according to the announcement.

According to a corporate presentation released by Bhargava on LinkedIn over the weekend, Starlink would focus on “catalysing rural development” in India with its broadband services.

Once it is granted permission to operate, Starlink will give away 100 gadgets for free to schools in Delhi and the surrounding rural regions in the first phase. After that, it would focus on 12 rural districts across India.

According to the presentation, the business plans to have 200,000 Starlink devices in India by December 2022, with 80 percent of them being in rural areas. In India, Starlink has received over 5,000 pre-orders for their products. 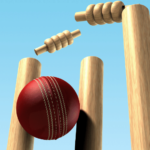 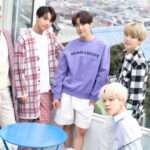