Hybe, the fast-growing South Korean corporation best known as the home of hitmakers BTS, stated on November 4 that it will be releasing new pop artists and investing in NFTs.

Hybe’s management, as well as officials from subsidiaries and partners in the entertainment tech industries, set out their goals for the rest of 2021 and early 2022 at a corporate briefing on YouTube.

In addition, the firm said that it was planning a “global girl group” for the US market in collaboration with Universal Music’s Geffen Records, as well as a boy band for Japan.

Hybe held a call for female team members and is presently working on the Japanese act, which will comprise four people who were previously exposed through the competition programme I-Land, which spawned boy band Enhypen last year.

A series of webtoons, or digital comic series, inspired by boy bands BTS, Tomorrow X Together (TXT), and Enhypen, as well as one concentrating on females, will be released.

Each of the original webtoons will have a unique fanciful tale and be a collaboration with various Hybe K-pop stars.

7Fates: Chakho, featuring BTS, will premiere on January 14, 2022, and will be an urban fantasy drama merging futuristic settings with traditional Korean features.

Enhypen will appear in the Dark Moon series of urban fantasy teen romance novellas, the first of which, Dark Moon: the Blood Altar, will be released on January 15. The Star Seekers, a TXT film about a pop band living in a mystical planet, will be released the next day.

Traditional themes present in BTS music videos, Enhypen’s inclination to explore vampire notions, and TXT’s mysterious music videos are all examples of components from the stories that have appeared in previous works by the artists. Crimson Heart, a female-focused coming-of-age fantasy, will be the fourth narrative.

They’ll be available through Webtoon, a prominent digital comics site, as well as Wattpad, a fan fiction publishing platform.

The updated edition of Weverse, as well as the game on which BTS members collaborated, will be released next year.

The news was widely praised on social media by fans of Hybe’s acts, but the launch of the NFT venture sparked some concern, with many comments on the live-stream of the event declaring “No NFT,” as the conversation spread across social media and led to debates about whether NFT or physical merchandise is worse for the environment.

Many people consider NFTs to be environmentally harmful, and they appear to be at odds with BTS’ recent statement at the United Nations calling for action on climate change.

Fans of other K-pop singers who have pursued NFTs have expressed worry in the past, despite the fact that the development and selling of NFTs is on the rise across all artistic sectors. 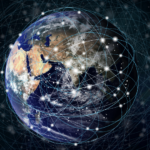 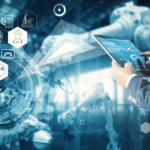