As companies, investors, and scientists scour the market for the next big thing, there is no shortage of excitement surrounding electric vehicle battery startups and investments. Meanwhile, China has already started inching forward with its development of sodium-ion batteries, which does not rely on a big, bold breakthrough. The right implementation of this technology could result in widespread adoption in a market that relies heavily on subsidies and where EV sales are still a small percentage of all vehicles.

One of the world’s best-known battery manufacturers, Contemporary Amperex Technology Co., or CATL, recently introduced a new sodium-ion battery. Chinese officials declared they would drive the development, standardization, and commercialization of such power packs, providing a cheaper, faster-charging, and safer alternative to current offerings, which have a number of problems, not least of which is faulty units that catch fire.

Battery technology that uses sodium-ion has been around for a while. In the 1970s, these batteries were being investigated, but interest was quickly overtaken by a newer, fancier, more promising battery – the lithium-ion batteries. With the sodium-based ones so widely used, development took a back seat, and any further development didn’t happen.

The stability of chemistry is constantly at odds with one another.

It is becoming apparent that lithium-ion batteries still have challenges decades after they were developed. Car manufacturers and battery manufacturers are working hard to bring costs down, which is a perennial obstacle. The lithium-ion battery is one of the great power storage innovations, but it has experienced a number of problems, including the price of materials and concerns about safety. The stability of chemistry is constantly at odds with one another. It prevents the battery from combusting. More energy density and greater efficiency. The lack of clear solutions has long baffled scientists, and the available solutions cannot make lithium-ion engines scalable and commercially feasible.

There’s no way sodium-based batteries can compete with lithium-based ones. A little while yet, at least. They can, however, be made from materials widely available. According to analysts with Jefferies Group LLC, sodium is found in earth reserves in a concentration of 2.5% to 3%, which is 300 times more than lithium. This means it can offer a significant cost advantage: The most affordable electric car batteries are almost 30% to 50% more expensive than these power packs. Further, sodium’s price is less susceptible to market volatility than lithium’s, which is increasingly a sentiment indicator for green ambitions.

In the long term, sodium-ion batteries are likely to offer better returns due to lower energy density and higher life span than lithium-ion batteries, according to one study. CATL’s latest product is expected to have an energy density of 160 Watt-hour per kilogram and will take 15 minutes to reach 80% of its charge. That’s on par with batteries currently on the market, ranging from 140 Wh/kg to 180 and 240 in the highest end type (that have proven to be combustible at times).

It will be necessary to build a new supply chain for sodium-ion batteries – they cannot rely on the lithium-ion ones already in use. However, low material costs will reduce manufacturing costs and will allow for more efficient upgrading of these older batteries. CATL has said it will have a supply chain in place by 2023. Other companies like HiNa Battery Technology Co. already have projects in progress.

Furthermore, putting cheaper and safer options on the market will also allow consumers or countries with limited resources to purchase them. With big, ambitious plans to meet global green targets, nations like India and South Africa are vying to join the electric car bandwagon. In any case, they lack the financial and raw material resources to do this. There are numerous ways to go electric and help the world achieve its climate change goals, like the sodium-ion battery.

The best battery will win to whoever masters it next. 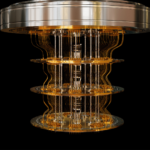 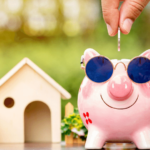