The Future of AI: How Artificial Intelligence Will Change the World

One question that has been at the forefront of many people’s minds is whether or not AI can be a threat to humanity. From the moment AI was created, it has been questioned if it could be the end of mankind. What makes AI so scary is that it has no limitations on its capabilities and how it can be applied. In this article, We talk about six ways where AI can be a threat to humanity.

This question has been on many people’s minds in recent years. While it is too early to tell, many scientists believe that AI will shape the future of our society. The answer to this question will have to be answered in the near future. It will depend on how AI develops, what ethical rules it sets, and how people react to it.

The Future Is Now: AI’s Impact Is Everywhere

Nearly every major industry has been affected by modern AI, specifically narrow AI, which performs objective functions using data-trained models and often falls under deep learning or machine learning. The past few years have seen data collection and analysis soar thanks to robust IoT connectivity, connected devices and ever-speedier computer processing. Some sectors are at the beginning of their AI journey, while others are well along the way. Both have a long way to go. Regardless, the impact artificial intelligence is having on our present day lives is hard to ignore:

From self-driving cars to home assistants, there is a lot to consider when it comes to data privacy. Here, I take a look at the AI community and how it may affect privacy in the future. AI is an amazing thing. With the advancement of technology, there is a growing concern for privacy rights and human rights. It is a never-ending process to discuss and have discussions about these topics. In this blog, I discuss the idea of AI and the future of privacy and human rights.

Artificial Intelligence has taken a huge step forward recently and in the future, AI will become more advanced and powerful. The development of AI, even today, is being treated with many doubts and fears. One of the main fears that the people have is the concept of privacy and human rights. With advances in technology, including AI, people are becoming afraid that their rights will be taken away from them and that their privacy will be violated. Artificial Intelligence is a technology that is revolutionizing our world in so many ways. These technologies are causing new, previously unimagined developments in healthcare, entertainment, and business. They are also becoming increasingly present in our everyday lives. As the AI continues to develop, it is important to keep in mind that these technologies are making significant and sometimes dangerous changes in our lives. It is also important to keep in mind that humans are at the forefront of these developments.

For some time now, AI has been one of the most popular topics in the tech world. Google was first to market with their AI-powered Google Assistant and Apple came on the scene with Siri, which also helped to bring AI into the mainstream. However, things have gone from good to bad for AI and Big Data. The advancements in AI and Big Data are going to have a huge impact on the world as we know it. AI and Big Data are basically ways to enhance the human brain to make them more intelligent and be able to process information at a much faster rate. These two topics have received a lot of attention recently because of the many benefits they can provide for our society.

For those of you who are not familiar with the AI trend, it is a technological concept that is basically software that mimics human thinking. While AI has been around for quite some time, it really came into the spotlight as recently as last year. The news of AI and Big Data was practically everywhere last year, but now that it has faded from the news, there are still many people who have no idea what the term actually means. This blog will take you through a brief history of AI and Big Data and then show you how they are relevant today. AI refers to a program that uses algorithms and big data refers to data that is in such large volumes that it cannot be stored or processed by conventional means.

AI is known for doing tasks that are impossible for humans to do. AI has been used in military weapons, robots, and even cars. In this blog, the author describes what AI is capable of and the question that has been on many people’s minds: “Can AI be used to make war weapons?”

Thinking of using AI in killing is going too far. The possibility of such an option for a machine to kill a human simply based on AI Algorithms can generate evil designs that the world does not need on its buffet of problems. Do machines have the capacity to make weapons of war? It seems like a tall order, but a lot of people are beginning to think that it is possible.

It has been known for quite some time that AI has the potential to make war weapons better than humans. Now, it is being used to give robots the ability to think and react autonomously. Although this can be a beneficial tool, it also poses the risk of turning into a war machine. What does this mean for the future of war? As humanity continues to advance in technology, so does its use of technology for military purposes. Many advancements have been made in the field of AI and the US military has begun using these advances to make war weapons that could be used in the future. In this blog, I take a look at how AI and war can work together and how the two of them could end up creating weapons that could potentially cause harm to the world as we know it.

AI is being used more and more in all aspects of life, from personal assistants to self-driving cars. While AI is here to stay, the technology has yet to be put to the test in terms of law enforcement. When AI is used to track down criminals and crack down on cyber crime, the risk of unfair discrimination will rise.

AI can be used to do illegal activity as well. For example, AI has been able to process social media for fraudulent purposes, such as gathering information on someone’s social media and stealing their identity. It can also be used for crimes such as insurance fraud, which will cause a car accident that results in loss of life. A lack of regulation and training has allowed these illegal activities to continue with no consequences. Artificial intelligence has been developed in ways that allow people to make educated decisions and automate tasks. There are many different ways to use AI and all of them can be beneficial. When AI is used to assist in a criminal activity, it’s most often referred to as a fraud. An example of this is taking money from a credit card and not paying it back, or having someone buy a car and then never returning it. 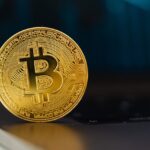 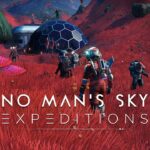