A recent ad made by Kim Kardashian highlights the need for regulation of cryptocurrency advertising, especially from social media influencers.

In addition to stellar gains, virtual currencies and tokens have attracted amateur investors who can lose a lot of money if they are scammed.

“As we live more and more of our lives online, we can’t allow online business to operate in ways we wouldn’t tolerate with any other business,” Charles Randell, head of Britain’s Financial Conduct Authority (FCA), said on Monday.

“That includes rules which protect people from investment fraud and scams.”

In a June story feed on her Instagram, where she has more than 200 million followers, Kardashian promoted Ethereum Max, a virtual token.

Randell stressed that Ethereum Max was not related to Ethereum, which is the second most popular cryptocurrency in the world.

Randell says it may have been the biggest financial promotion with the single biggest audience reach in history when she was paid to ask her 250 million Instagram followers to speculate on cryptocurrency tokens by joining the Ethereum Max Community.

“But she didn’t have to disclose that Ethereum Max — not to be confused with Ethereum — was a speculative digital token created a month before by unknown developers.”

The Ethereum Max founder said he could not tell whether it was a scam or not.

However, he added that: “Social media influencers are routinely paid by scammers to help them pump and dump new tokens on the back of pure speculation.”

Cryptocurrencies have frequently been referred to by the FCA as a risk, since they are not protected by the UK’s financial services compensation scheme. 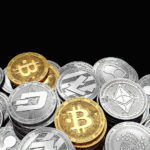 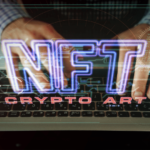