Automobile engineering will be more electric in the future, it has been said. Within a few years, the world will commute entirely on electricity.

Many of us are pondering whether it’s time to switch to electric vehicles after hearing that pure combustion engines will be withdrawn from sale after 2030. With that in mind, 2021 is likely to bring a large number of electrified vehicles from all types of manufacturers; you can play it safe and simply get an electrified version of your regular mid-sized SUV or go for something a bit more radical. The following are a few to keep an eye out for.

The BMW iX is unapologetically confrontational, among the EVs running on dedicated underpinnings. BMW will be helping some buyers along with baby steps by offering the electric iX3. Hybrid models will also be available if you prefer, so you can transition from an ICE to an EV while staying in our favorite midsized SUV. Hence, for those locked into the lease deal ownership model transitioning to an electric vehicle will be as simple as pie. In addition, with a time of under seven seconds for 0-62mph, 282 horsepower, and a range of 285 miles, it’s not a huge leap of faith.

Do you think the Ford Mustang is a bastardization of pure petrolhead heroism or do you think it’s a logical reimagining of all that ‘Mustang’ stands for? Although the debate will likely continue for some time, Ford’s recognition of its iconic muscle car with an electric SUV is sure to be well received by mainstream buyers who are not hung up on their history with V8s and tyre smoke. Mach-E seems to be going for Tesla in terms of performance, range, and affordability, putting Detroit and Silicon Valley in a fiery showdown. Maybe some day there will be a ‘Ford Versus Elon’ movie as a sequel to the one against Ferrari? On that one, we’re going to have to wait.

The Mazda MX-30 makes a bet on the fact that most drivers don’t require extensive range like the Honda e and Mini Electric. With a smaller battery, the MX-30 is more affordable than an equivalent ICE car, as well as saving weight and speeding up the EV’s breakeven point. Besides that, the MX-30 has a very appealing style with its crossover stance, plus it has rear-hinged doors for the back seat passengers, an elegant interior (cork trim evokes Mazda’s rich history of making products from this material) and sharp handling. It will be followed by a rotary range extender if the official range of 124 miles isn’t sufficient.

Mercedes EQC is the gateway into the world of electric vehicles with a three-pointed star on its bonnet, but there are plenty more on the way in not too distant future. With an externally conventional appearance, the EQC looks like an electric vehicle rather than a car powered by internal combustion. In spite of that, going electric can be an emotional and even daunting step for some people, so having a familiar environment – and being reassured that Mercedes quality – will be a great help in reducing any concerns. In addition to being cool, it drives well, with 408 horsepower and a range of 250 miles, more than sufficient for most day-to-day needs.

Are you considering going electric, but do not want a vehicle that resembles a sci-fi movie transport pod? RBW MGB Roadsters are a growing trend, but the fact that the original internal combustion powered engine was left intact at the time of construction makes them a clean conscience purchase. The price for an MGB is 90,000 pounds, so that’s steep. The new model is designed around a fresh shell with a comparable (if not better) performance than the original, new suspension, a range of 160 miles, and modern conveniences sympathetically integrated into the interior.

Volkswagen ID.3 isn’t a gimmick, its conservative mindset means this all-electric hatchback isn’t gimmick-laden. Electric Golfs have been around before. ID.3 demonstrates what a platform designed from the ground up for electric cars can offer – namely Passat in-cabin space on a Golf footprint with Up-like turning circle and city-agile performance. Volkswagen’s Beetle draws inevitable comparisons due to its rear-engine and rear-wheel-drive configuration, but the similarities stop there. The 58kWh battery will have 260 miles of range at launch, and the 77kWh battery will have at least 300 miles with 204PS. The 45kWh battery will be replaced later with a less powerful, but cheaper one.

Volvo is another brand in which you can choose between pure internal combustion, plug-in hybrids, and eventually full electric cars at the same time. This stylish SUV/crossover follows all the rules of SUVs and crossovers in terms of stance and looks, but boasts a distinctive sense of individuality of its own. ‘Recharge’ branding covers the plug-in hybrid and pure electric versions; the pure electric version has a range of over 200 miles, has 408 horsepower, and goes from 0-62mph in just 4.9 seconds. Unfortunately, it costs more than double what the ICE version does.

Penny for a thought?

Currently, electric vehicles are the talk of the town, and it is good to know that these plug-in vehicles are fun, practical, and loaded with technology. Electricity means driving without stopping for fuel and enjoying instant torque. You can find an electric car that meets both your performance and personality requirements while providing you with a range available to suit your needs. This article should help you enough to get that perfect electric car in your driveway. 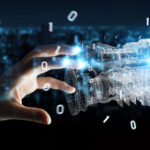 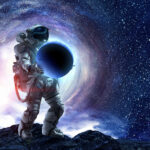