The partial lunar eclipse will last approximately 3 hours and 28 minutes.

According to Nasa, the longest partial lunar eclipse of the century will occur overnight on November 18-19, when the Moon will pass through Earth’s shadow for a few hours. Depending on the time zone of those watching the eclipse, it will happen earlier or later in the evening. The partial lunar eclipse will last approximately 3 hours and 28 minutes.

Moon passes through Earth’s penumbral and umbral shadows during a partial lunar eclipse. Lunar eclipses can only happen during the Full Moon phase, and there are only two to five lunar eclipses every year.

The lunar eclipse in November will be the year’s second and final eclipse. In May, there was a total lunar eclipse that lasted 3 hours and 7 minutes.

According to Nasa, the eclipse will be visible from anywhere where the Moon is above the horizon, which means individuals in North and South America, Eastern Asia, Australia, and the Pacific Region will be able to witness at least a portion of it.

“A partial lunar eclipse is on the way, taking place overnight on November 18th and 19th, when the Moon slips into Earth’s shadow for a couple of hours. Weather permitting, the eclipse will be visible from any location where the Moon appears above the horizon during the eclipse. Depending on your time zone, it’ll occur earlier or later in the evening for you,” wrote Nasa in its monthly update. 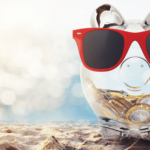 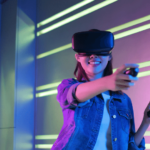