Smartwatches in modern times are more than an extension of a smartphone; they’re standalone wearable devices.

World-leading technology companies such as Apple, Google, and Samsung are entering into an arms race in order to meet the needs of niche markets like fitness tracking. Every new generation of smartwatches has been expected to outperform its predecessors as well as the latest versions of its rivals.

In response to these changes, there has been a boom in smartwatch sales, not only for generalist watches like the Apple 6 or Samsung Galaxy, but also for more sport-focused watches like the Fitbit Ionic or Mobvoi TicWatch.

Consumers can become overwhelmed by too many choices in today’s economy as a result of a consumerist mindset. Therefore, this article is to help simplify choices:

Apple’s smartwatches are the best on the market right now and the new Apple Watch Series 6 is one of the best on the market. Its success is based on its superior processing power and finely tuned operating system with unrivaled app support. With an extensive collection of braces that are beautifully designed, offer LTE support, are waterproof, and are available in a range of different colors. An electrocardiogram and SpO2 monitor with advanced heart-rate monitoring might even save lives.

You will need to charge your phone every day because the battery life is still very short. As an iPhone owner, these smartwatches should be considered first. Despite their elegant style, powerful apps and features, and overall performance, they are perfect for use on all occasions.

A number of useful features are offered by Samsung’s Galaxy Watch, one of the most popular devices in its category. In terms of interface, the mechanical rotating bezel is one of the top features. In addition to its OLED display and Tizen OS, the phone offers optional LTE, water-resistance, or NFC. With one charge, the battery lasts between two and three days

There are two sizes of Galaxy Watch Active 2, a 40mm or 44mm. Featuring interchangeable 20mm straps, both watches offer an incredible selection of looks. However, right from the box they appear elegant and stylish. The Galaxy Watch Active 2 is also available in an LTE version, so you can use them to make calls and access cellular data. Two days is the average battery life.

In addition to its rotating digital bezel, Tizen’s operating system has a host of features that make navigation faster and more fluid, although it doesn’t support as many third-party apps as watchOS. However, certain features such as offline playback of Spotify music can be achieved using the watch’s internal storage, a feature that’s not yet available on other watches.

This smartwatch from Fossil has an upgraded processor with more RAM, as well as an improved version of WearOS. We ranked them fourth because they offer the best experience with the Google Operating System, supporting a wide range of third-party apps. The handset looks bulkier on smaller hands due to its 44mm casing, but it has a stunning design that would suit more formal events well.

The battery lasts one or two days. A heart-rate monitor and GPS are also available on the Gen 5 by Fossil. The material’s water resistance at 3 ATM makes them unsuitable for swimming or showering. Fossil Gen 5 is an excellent smartwatch due to its combination of features.

Pros: The most advanced smartwatch from Fitbit with tracking functions

Cons: The operating system is less intuitive than that of Tizen or watchOS, and some notifications cannot be answered

Fitbit is known for producing fitness bands, but the company has also introduced smartwatches a few years ago. Smartwatches are becoming increasingly advanced and beautiful, but have some limitations. However, it has yet to add LTE connectivity. Hence, it has now become more suited to overall performance as opposed to just activity tracking.

In scenarios where physical and mental performance of staff plays a major role, it may be useful to have a device with approximately a week’s battery life and renowned fitness and sleep tracker features.

Cons: No support for third-party applications, no LTE

Watch GT series smartwatches from Huawei have a distinctive position in the market. One of its capabilities is unrivaled. It doesn’t support third-party apps, nor does it offer LTE connectivity. It can be used for up to two weeks on a single charge, which is exceptional. With it, you won’t need to think about charging for days, and you’ll be able to display notifications without picking up your phone.

You might consider Huawei Watch GT if battery life is your primary concern for smartwatch use at work. However, trade restrictions imposed on this Chinese manufacturer may make the product unavailable in the US.

Cons: Does not support ECG, does not have always-on display

Apple also offers customers other options aside from the Series 6 as its top-tier device. The iPhone 5 and Apple Watch 3 have now become the most affordable smartwatches in Apple’s ecosystem, representing excellent value for money. The Apple Watch SE, the new addition, has a larger display and fall detection, which makes it very similar to the Series 3 device. Both of these options are more than adequate. Apple Watch 3/SE is a good pick if you don’t mind the always-on display and ECG/SpO2 monitor.

Their main design philosophy has been to deliver high-end specs on a budget by skimping on external designs. Which is a reasonable trade off.
But with the TicWatch Pro is offering a high-end design with their usual quality specs, plus some truly innovative features.

It offers improved functionality over the smaller, less expensive Versa 2. All the fitness-oriented features that Fitbit is loved for comes alive in this watch. The heart rate monitor is more accurate compared to other Fitbits due to new algorithms working behind the scenes and a design that allows the monitor to get even closer to your skin. Another nice feature is the SpO2 sensor that monitors the levels of oxygen in your blood. You can also pair your Fitbit Ionic with a Dexcom G5 Mobile sensor and it should be able to show your blood glucose levels, making it a great product for those with diabetes. Fitbit Ionic is foremost a fitness watch. The Ionic is considered Fitbit’s flagship, and it offers more features and better functionality, at the cost of a larger, chunkier build.

Cons: No NFC, hence, payments are not possible

It is one of the cheapest smartwatches running OS. The TicWatch E2 offers fitness tracking. For serious fitness buffs or for people who truly need to track fitness, this may not be the watch for them. The watch is enabled with GPS, which allows for things such as fitness tracking.

The smartwatch is one of the hottest business trends of the year. Wearable devices are becoming increasingly useful in the workplace owing to their enhanced capabilities and features that optimize productivity and performance.

In the market, there is a number of options that differ in functions or app support. Depending on your needs, pick the option that best meets your needs. For a comprehensive look at smartwatches in enterprises, download our free e-book Mass Use of Smartwatches Across Businesses & Industries. 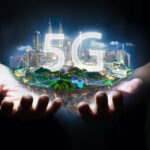 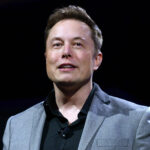