Last Monday, the European Union granted regulatory approval to an artificial intelligence tool that reads chest X-rays without the involvement of a radiologist – a first for a fully autonomous medical imaging AI, according to Oxipit. It’s a watershed moment for AI, and it’s expected to spark debate, as radiologists have fought efforts to totally automate sections of their jobs for the past few years.

ChestLink is a gadget that scans chest X-rays and automatically delivers patient reports on those that are found to be completely normal. Any photos flagged by the technology as potentially problematic are sent to a radiologist for examination. Most X-rays in primary care are trouble-free, therefore automating the process for those images should reduce radiologists’ workloads, according to informational materials from the Oxipit.

In the EU, the technology now has a CE label, which indicates that it complies with safety regulations. The certification is similar to FDA clearance in the United States, but the measurements are slightly different: a CE mark is easier to obtain, takes less time, and doesn’t require as much evaluation as an FDA clearance. The FDA examines a device to see if it is safe and effective, and it frequently requests further information from manufacturers.

Mantas Miksys, an Oxipit representative, told The Verge that the company intends to file with the FDA as well.

The FDA has already approved self-driving AI devices, beginning in 2018 with a gadget that can identify diabetes-related eye problems (the same tool received a CE mark in 2013). However, autonomous radiology instruments are more divisive. After an FDA workshop on artificial intelligence in medical imaging in 2020, the American College of Radiology and the Radiological Society of North America produced a joint letter indicating that autonomous AI wasn’t ready for clinical usage, stating that autonomous AI wasn’t suitable for clinical use. They claimed that AI systems were too inconsistent thus far, and that they typically didn’t perform as well on groups of patients outside of the conditions in which they were designed.

ChestLink made no “clinically relevant” faults during pilot programmes in numerous locations, according to Oxipit. When it is brought into a new location, the company recommends that existing imaging processes be audited first. The tool should then be operated under supervision for a length of time before being left to work on its own.

According to the business, the autonomous tool will be used by the first healthcare companies by 2023. 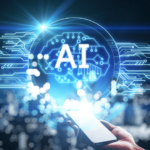 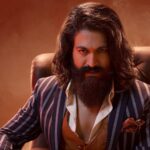