On April 14, KGF: Chapter 2 will be released in theatres. The film, which stars Yash, Sanjay Dutt, Raveena Tandon, and Srinidhi Shetty, is one of the most anticipated of the year. Needless to say, the KGF franchise provided an exceptional hero in the form of Rocky Bhai to the Indian public. The character’s popularity has only grown, with admirers awaiting Chapter 2 with bated breath.

While fans wait for KGF Chapter 2, the makers are keeping the fandom alive by introducing the ‘KGFverse,’ which allows Yash lovers to explore and experience Rocky Bhai’s Duniya in the Metaverse. KGF 2, on the other hand, is already breaking records even before its release. Rocky Bhai’s new avatars from the KGFverse have now sold out 1000 NFT Tokens faster than anyone else in India.

The KGFverse is a virtual universe dedicated to Yash’s followers. The developers are allowing the fan community to create a series of virtual landscapes and games as an extension of the franchise into the Metaverse, which will be revealed in stages over the next days. Fans can join an exclusive club that allows them access to avatars, props, land parcels, and other movie memorabilia in the form of NFTs by owning the tokens of El-Dorado (the book on which the KGF franchise is based). Members will also have unique access to additional NFTs, receive surprise airdrops, and be able to attend in-person movie events.

The metaverse adaptation of KGF Chapter 2 isn’t the first. Radhe Shyam, starring Prabhas, and Rudra, starring Ajay Devgn, each had their own metaverse versions.

Meanwhile, KGF: Chapter 2 is written and directed by Prashanth Neel and produced by Vijay Kiragandur under the Hombale Films banner, and will be released countrywide on April 14, 2022 in Kannada, Telugu, Hindi, Tamil, and Malayalam. Ritesh Sidhwani and Farhan Akhtar’s Excel Entertainment and AA Films are distributing the film in North Indian markets.

Are you looking forward to KGF Chapter 2? 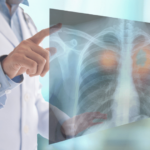 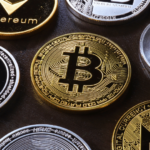