There are two variants of Ola’s electric scooter – Ola S1 and Ola S1 Pro. 15th August 2021 marked the launch of the company’s first electric scooter in India. During this year’s October, Ola S1 is scheduled to start delivering services across 1,000 cities and towns across the country. It will officially be available for purchase by 8th September 2021.

Prices start at Rs 99,999 for the Ola electric, and Rs 1,29,999 for the S1 Pro. Ola S1 scooters will be more affordable in states with active subsidy grants than many petrol scooters. If the state were to subsidize the S1 in Delhi, the price is only Rs 85,099, whereas it would only cost Rs 79,999 in Gujarat. A payment plan starting at Rs 2,999 is also being offered by the company in collaboration with banks and financial institutes, Ola Electric said.

Interested users can choose between satin, matte, and glossy finishes for the Ola S1 and Ola S1 Pro. Featuring iconic twin headlamps, fluidic body lines, superior alloy wheels, sculpted seating, and a big boot that can hold two helmets at once, the Ola S1 provides the ultimate in performance.

There will be five different colors of the Ola S1: Red, Black, Yellow, and Sky Blue. There will be ten colors available for the Ola S1, including Red, Sky Blue, Yellow, Silver, Gold, Pink, Black, Navy Blue, Grey, and White.

A digital key, found on the Nokia S1, pairs the phone with the device without a physical key. The device will unlock automatically when you’re nearby. Whenever you move away from the device, it will lock itself. The scooter features a multi-microphone array as well as AI speech recognition algorithms that have been developed in-house and the brightest, sharpest 7-inch touchscreen ever fitted to a scooter. OLA S1 has an anti-theft alarm system, geo-fencing, and a flame-resistant battery that is water-resistant and dust-proof. Furthermore, it offers ‘Hill Hold’, which makes navigating inclines and riding in traffic easier.

It has a range of 181 kilometers, accelerates from 0 to 40 kmph in 3 seconds, and reaches 115 kmph on the top speed. Besides having the largest battery in the category with 3.97kWh, it has a powerful motor with 8.5 KW of peak power, which is more than 30% higher than the next closest EV. A battery management system (BMS) is also included in Ola S1 to ensure maximum durability, battery performance, and range.

Combined with the mono-shock rear suspension and single fork front suspension, the 110/70 R12 tyres provide superior grip and riding experience. The vehicle includes a cruise mode that makes riding both convenient and comfortable, and a reverse mode that allows it to park in or exit tight spaces with ease. With voice recognition, you can quickly complete your tasks without having to navigate menus.

Simple Energy and Ola Electric seem to have encouraged a fresh interest among consumers in electric scooters here.

Though we haven’t yet seen or tested the offerings from either start-up, the tremendous response inspires curiosity. The numbers represent pre-bookings, not exact sales.

The two companies did something right that others failed to see that Ola Electric and Simple Energy did:

Bulk game: The EV-dedicated facility and long-term goals of OLAE and Simple Energy were revealed well in advance of their product disclosure.

OLa plans to build a 500-acre factory on which it will churn out 10 million units annually for Rs 2,400 crore. Bengaluru-based Simple intends to increase footprint by investing 350 crores in stages over the next two years. As part of this project, the company is also building a factory in Hosur, Tamil Nadu of 2 lakh square feet. A million products can be produced annually at Phase 1 of the factory.

Both manufacturers aim to produce in bulk, which optimises the cost of production, thus Ola Electric and Simple Energy’s e-scooters are among the cheapest with class-leading specifications.

The expansion of TVS, Bajaj Auto, and Ather across India was also slow, causing products to be unavailable. Several factors contributed to this lapse, including low volumes, lockdowns induced by the pandemic, and sales strategies. Simple will initially target 13 cities in the country before expanding to all of them. Ola Electric will offer services throughout the country.

Planning the first impression: As they say, a first impression can be your last. Both manufacturers were able to create much-needed hype by heavily promoting their products on social media and through various other channels. In order to promote the same, they relied on features and specifications that were class-leading.
Moreover, Ola Electric and Simple Energy e-scooters got a significant number of pre-bookings of Rs 500 and Rs 1,947 respectively.

Knowing the customers: The most widely available e-scooters in the Rs 1 lakh+ bracket, which came in first place, were either 200 kilometres per charge, 100 kmph or took around five hours to charge. According to their business plans, these start-up companies are on the right track.

In addition, Simple One is a subsdiary of FAME-II and is priced at Rs. 1.10 lakh (ex-showroom). Depending on the amount of state-based subsidies, the actual price of the scooter could differ, a company spokesperson says.

With its Hosur plant expanding, Ather Energy will take on Ola

By the end of next year, the Bangalore-based company will boost production capacity of its new plant to 500,000 units per annum from 110,000 per year. To fund its further expansion, the company plans to raise money from private equity players and investors sometime this year. It will invest Rs 650 crore in the new plant.

Tiger Global and Hero Group are two of Ather’s major investors. Two-wheeler company founder Tarun Mehta explained the plans: “We were using 13 cities last year; this year, we will expand to 50 cities before hitting 100 by FY23.”. As well as expanding this year, we will transition from 140 to 500 fast-charging stations. Our new Hosur plant will be expanded to a capacity of 500,000 per year.”

Electric scooter sales will reach five to six million in India over the next five years, according to Mehta.

It is the company’s aggressive move that comes on the heels of Ola Electric’s ambitious plan to create 10 million two-wheelers a year by 2022 by investing Rs 2,400 crore.

According to company officials, the first phase will be ready by June and the product should be ready by the end of the year. Essentially, Ola is building half as many two-wheelers per year as the entire ICE market, estimated at around 20 million per year.

At the moment, 100,000 electric two-wheelers are sold every year in India. Besides investing over Rs 1,000 crore, Alter has also established a 300-strong R&D center and designed and manufactures the scooters from scratch in India (except the cells, which are imported).

The technology for the scooter was acquired by Ola when it acquired Dutch company Etergo, which was heading toward bankruptcy.

The Ola executives say however that only the design elements of the product have been adopted for India.

The new FAME (Faster Adoption and Manufacturing of Hybrid Electric Vehicles) policy, announced a few weeks ago, aims to make eco-friendly scooters more affordable by increasing the subsidies on batteries by Rs 5,000 per kW (it was Rs 10,000 per kW). This has resulted in an increase of Rs 15,000 in the subsidy on Ather’s 3-KWh scooters.

Mehta said: “As a result of another Rs 15,000 reduction due to the increase in subsidy, the difference between the price of our scooter 450 Plus and a 125 cc ICE engine scooter is now Rs 5,000-8,000. In Delhi because of local state subsidies it is even lower. And then you save about Rs 2000 on fuel per month. So the inflexion point has come.”

What if the price drops below Rs 1 lakh? Since most ICE scooters fall under Rs 1 lakh, the majority are affordable. EVs are expected to cost a premium because of the lower maintenance costs and the additional services that are available (such as online software upgrades) to consumers, according to Mehta. However, he is hesitant to assume a premium amount.

In comparison, Ather gets Rs 45,000 for the 3-KwH battery, with which its scooters run, while the 4-KwH battery could bring down prices below Rs 1 lakh.

A different architecture would be required to build those scooters, and the company may take a look at that as well. 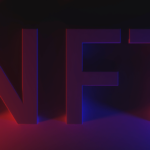