Commercial satellite images have documented the buildup of Russian military on Ukraine’s borders and the escalating invasion, revealing intelligence that was previously only available from government sources — and rarely made public.

The situation has highlighted the capabilities of companies such as Maxar Technologies and BlackSky, whose high-resolution satellite photos have been all over the news for the past few weeks as the conflict has escalated.

Maxar News Bureau, a division of the corporation, has developed a collaboration programme with “known and trusted media organisations,” according to Jablonsky. “Our staff is in constant communication with hundreds of journalists, both here in the United States and internationally.”

Through its “SecureWatch” platform, the corporation also provides free access to satellite imagery to environmental and humanitarian organisations.

Increased awareness of the potential of space data is a positive development for the commercial geospatial industry, which is expected to increase from $9 billion in 2016 to $37 billion by 2026, with numerous new venture-backed companies rushing to build constellations and data analytics services.

“The Ukraine war and its global consequences provide a chance for new Earth observation space companies to exhibit their capabilities,” said Scott Herman, CEO of Cognitive Space and a geospatial data expert who works with commercial satellite operators.

“You don’t find a greater chance to highlight how remote sensing can support media storytelling and help the general public understand a crisis like Ukraine than this,” he added. “The major media’s coverage is mostly based on geographical data from a number of commercial and open sources.”

However, although corporations like Maxar can afford to supply free photography to the news media and organisations, it’s more challenging for startups that need paying customers, according to Herman.

According to him, one of the obstacles for new Earth-observation enterprises is generating enough cash, and public service and media exposure may not be enough to entice investors. “Everyone wants to contribute and have their work seen, but you’re wasting resources and not making any money from it.” So there’s always been a tug-of-war among these companies when it comes to media crisis support.”

Other types of intelligence in space

Satellites equipped with synthetic aperture radar (SAR) sensors can see through cloud cover and take photographs at night, but “a lot of radar blobs doesn’t always constitute a noteworthy picture,” according to Herman. “For the general audience, it may require some refinement or interpretation.”

Another issue for satellite firms, he noted, is determining exactly where to position their sensors in order to obtain a newsworthy image. Many of the newer satellite operators have limited capabilities in terms of gathering enough intelligence about what’s going on on the ground to effectively task their spacecraft. They might have to rely on their consumers to send them in the appropriate direction if they want to acquire a newsworthy photo. Other space data firms, such as Spire, track aviation traffic via nanosatellites equipped with ADS-B receivers. ADS-B transponders, which stand for Automatic Dependent Surveillance-Broadcast, are installed on aircraft (ADS-B). This is another type of open-source intelligence, according to Herman, that “people are paying a lot of attention to” for hints regarding the developments in Ukraine.

“There’s a lot of interesting information out there right now about all the flight diversions,” he said. “A lot of people tracking that ADS-B data are doing it both in terms of what’s happening with commercial flights, but they’re also tracking a lot of the military activities as well.”

“The media can now perform a lot of source confirmation in ways that they couldn’t do previously,” Herman said, citing aerial photography, geo-located tweets and videos, ship tracking and air tracking data. And a lot of it has been made possible by the rise in geospatial analytics over the last few years.”

The US government is Maxar’s main consumer for satellite imagery. Maxar, on the other hand, as a commercial provider, has the ability to publicly disclose photographs of the Ukraine conflict.

The National Reconnaissance Office of the United States pays Maxar around $300 million per year to use its four high-resolution imagery satellites and image archives. According to Chris Quilty of market research firm Quilty Analytics, this provides the government “preemption rights” when it comes to satellite tasking.

“The United States government can go to the front of the line and take control of the camera to take a photo,” he claimed. “The government’s premium for imagery access allows them to direct what targets the camera shoots at over certain portions of the globe.”

But, according to Quilty, the majority of the photos Maxar takes for the government are made public.

“The government takes precedence, but once the imagery is in the image collection, Maxar can give it to other customers,” he explained. Given that the NRO cannot reveal any secret photographs from its satellites, the US government appreciates this arrangement since it allows vital intelligence to be shared.

“They like commercial suppliers since the photographs are readily shareable,” he explained. This is significant during a battle since unclassified photographs can be obtained by US allies around the world who don’t have access to the NRO’s data.

“The commercial imagery from Maxar makes it easier for us to work,” Quilty added. Another advantage is that commercial images may be used by the media to verify government statements.

“You would have had the US administration flapping their hands about the Russians massing forces around Ukraine if commercial imagery didn’t exist,” Quilty added, “and not being able to show it.”

“People on the ground with cell phone cameras may have captured some shots of tanks,” he claimed, but only satellites could capture footage of troops massing overhead.

“We couldn’t send a spy plane because the Russians could shoot it down,” Quilty explained, “so having a commercial supplier with declassified imagery that can be shared is tremendously valuable.” 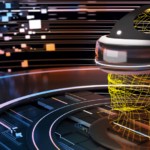 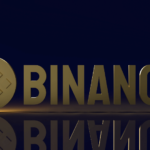