A digital asset that depicts real-world elements like as art, music, in-game goods, and films is known as an NFT. They’re bought and traded online, often using cryptocurrency, and they’re usually encoded with the same software as many other cryptos.

Despite the fact that they’ve been there since 2014, NFTs are gaining popularity currently as a popular means to buy and sell digital artwork. Since November 2017, a whopping $174 million has been spent on NFTs.

This is in sharp contrast to the vast majority of digital products, which are nearly always available in endless quantities. If a certain asset is in demand, cutting down the supply should theoretically increase its value.

However, many NFTs have been digital works that already exist in some form elsewhere, such as legendary video clips from NBA games or securitized copies of digital art that are already floating around on Instagram, at least in these early days.

For example, acclaimed digital artist Mike Winklemann, better known as “Beeple,” created “EVERYDAYS: The First 5000 Days,” possibly the most famous NFT of the time, which sold at Christie’s for a record-breaking $69.3 million.

Individual images—or the full collage of images—can be seen for free on the internet by anybody. So why are individuals prepared to pay millions of dollars on something they could simply capture or download for free?

Because an NFT entitles the purchaser to ownership of the original item. It also has built-in authentication, which acts as evidence of ownership. The “digital bragging rights” are almost as valuable as the object itself for collectors.

Across sectors, major firms are developing new and inventive methods to incorporate NFTs into their goods and services. William Grant and Son, a Scottish distillery best renowned for its Glenfiddich whiskey, is a great example of this. The company sold 15 bottles of Glenfiddich whiskey for $18,000 each, which is around Rs 13.5 lakh. You might wonder what’s so fascinating about it. Each of these bottles came with a separate NFT.

The fascinating NFTs were designed to look like a picture of a Glenfiddich bottle. But don’t get the wrong notion. Because of the NFTs, the whisky’s price was not as expensive. Even in more traditional means, such as a retail store or equivalent, bottles of 46-year-old whiskey would have sold for a comparable price. The NFTs were created for a very different reason.

The distiller experimented with a unique method of selling that allowed purchasers to flaunt their purchases. People who buy a rare whisky can only exhibit it to a small number of people who come to their residence. This unusual purchase may now be shared online with NFTs, making it a status symbol for most buyers.

The purchasers needed a proof of ownership, which was one of the main reasons for included the NFTs in the sale. All buyers of the rare Glenfiddich bottles will be able to prove their ownership using the NFTs, which cannot be faked. As a result, the NFTs will provide buyers with credible and shareable proof of their exciting purchase.

The addition of NFTs also aided the distillery. According to a Forbes storey on the sale, it drew a far bigger audience of potential purchasers than is typical of such major events. According to the storey, all 15 bottles were sold out in a matter of seconds.

It is undeniable that NFTs offer benefits. However, much of this is reliant on how they are utilised. The way William Grant and Son utilised it in this transaction is a fantastic illustration of the value they provide to an asset class. Then there are some who continue to use NFTs to purchase virtual kittens. 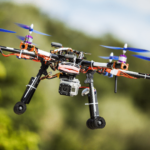 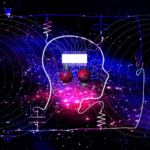