First, what is a quantum computer, if you ask?

A quantum computer uses some of quantum physics’ almost-mystical phenomena to achieve massive increases in computing power. Quantum computers have the potential to outperform even the most powerful supercomputers of today and future.

Conventional PCs, on the other hand, will not be wiped out. For most cases, using a traditional machine will still be the simplest and most cost-effective approach. Quantum computers, on the other hand, have the potential to accelerate progress in a variety of sectors, from materials science to pharmaceutical research. Companies are already using them to make lighter and more powerful batteries for electric automobiles, as well as to aid in the development of innovative medications.

The capacity to produce and control quantum bits, or qubits, is the key to a quantum computer’s capability.

China claims to have built the best quantum computer so far.

A group of Chinese researchers claims to have developed two types of quantum computers that surpass their closest competitors in terms of performance and can execute computations that non-quantum computers cannot.

Quantum computers are radically different from traditional computers in how they operate. The basic building blocks of computing are qubits (quantum bits). Qubits, unlike conventional binary digits (bits) used to store a 0 or 1 on daily computing equipment, may hold a mixture of the two through superposition.

The research team, led by Pan Jianwei of the University of Science and Technology of China (USTC), claims to have developed a 66-qubit programmable superconducting quantum computer that is 10 million times faster than the world’s fastest digital supercomputer and a million times more powerful than Google’s 55-qubit Sycamore quantum processor.

It has been named ‘Zuchongzhi 2.1’ after a famous Chinese mathematician and astronomer from the 5th century.

Zuchongzhi 2.1 is an improved version of ZuChongzhi, a 62-qubit programmable superconducting quantum prototype presented in May by Chinese researchers.

In 2019, Google announced that their Sycamore processor has achieved ‘quantum supremacy’ for the first time, outperforming traditional technologies. Sycamore completed a work in 200 seconds that would have taken approximately 10,000 years for the world’s finest supercomputer.

In trials, the researchers employed Zuchongzhi 2.1 and Jiuzhang 2.0 to determine the likelihood that a given input configuration will result in a given output configuration.

Classic computers are incapable of doing such probability calculations.

Jiuzhang 2.0 can sample the output 1,024 times quicker than a’standard’ supercomputer for a system with 1,043 potential outcomes, according to the researchers.

They also pointed out that performing a sample computation using Zuchongzhi 2.1 is 1,000 times more complex than doing it on a traditional computer.

“We estimate that the sampling task finished by Zuchongzhi in about 1.2 h [hours] will take the most powerful supercomputer at least 8 yr [years],” the scientists wrote in the study paper.

“This indicates that our research has entered its second stage to start realising fault-tolerating quantum computing and near-term applications such as quantum machine learning and quantum chemistry,” the study‘s co-author Zhu Xiaobo told Chinese state media. 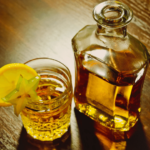 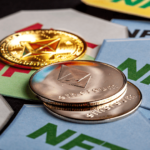