Indian lawmakers are considering taxing crypto-trading as part of a new committee formed by the Ministry of Finance to examine whether revenue from crypto-trading can be taxed. The announcement of the Cryptocurrency Bill, due to be tabled before the Parliament during its Winter Session, comes at an important time when the country awaits news of the Bill. India is yet to enact laws governing cryptocurrency trading, despite the fact that the currency is gaining momentum there.

It was reported recently, that the finance ministry has given a new panel, four weeks to complete its work.

After the allotted period, the panel needs to inform whether income earned by trading in cryptocurrencies can be taxed as capital gains or if a new tax category needs to be created for this purpose.

Reports suggest that the final draft of the Cryptocurrency Bill will include the taxation analysis on cryptocurrency-based income by this committee.

Over the past few months, India has experienced a growth in the cryptocurrency sector. Reports released earlier this month state that cryptocurrencies are being adopted in India, Pakistan, Ukraine, and Vietnam at an 880 percent rate.

Approximately seven million Indians invested over $1 billion (roughly Rs. 7,380 crores) in cryptocurrencies according to a report.

Nirmala Sitharaman of the Finance Ministry of India ignored the draft proposal of a crypto bill despite the cryptocurrency culture’s growth.

In the meantime, the Reserve Bank of India (RBI) is also in the process of developing an official digital currency that will be a regulated “central bank digital currency (CBDC)” by the end of 2021. 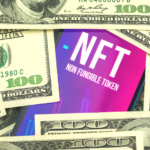 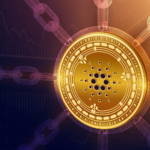