SHIBA INU (CRYPTO: SHIB) rose 71.91 percent in the 24 hours leading up to too early Wednesday. The coin has increased by 209.35 percent over a seven-day trailing period.

SHIB’s price had surged in lockstep with other major coins, including DOGE, as the global cryptocurrency market value increased 2.58 percent to $2.22 trillion at the time of publication.

SHIB generated a lot of buzz on Twitter. At press time, the coin was mentioned in 4,862 tweets, making it the second most-discussed cryptocurrency on Twitter after BTC, according to Cointrendz statistics.

Individual investors showed a lot of interest in SHIB on Stocktwits and Coingecko. SHIB will be listed on October 7th, according to WhiteBIT, a cryptocurrency exchange.

According to Melanie Schaffer of Benzinga, SHIB traded with a daily volume of 14.4 million on Tuesday, compared to a 10-day average of 2.55 million. According to Schaffer, Shiba’s relative strength index was near 89 percent on Tuesday, putting it in the overweight zone. 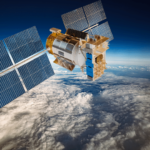 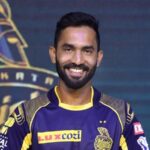