Dinesh Karthik’s winning moment was immortalized into NFT art three-and-a-half years after he penned one of India’s most thrilling cricketing triumphs.

Karthik’s six and the celebration in its aftermath are the subject of the artwork, which is a non-fungible token (NFT). A voiceover narrates Karthik’s thoughts and emotions as he prepares to hit the winning runs at the last ball.

During the Nidahas Trophy finals, India played Bangladesh; the match turned into a classic nail-biter as the Indian team needed 5 runs from the last ball to win. Karthik was at the wicket.

In the midst of such intense pressure, Karthik went on to hit extra cover for a six against Soumya Sarkar, sealing the match with a six.

The veteran keeper heard the rapturous applause as he held his hands aloft in the air before his teammates mobbed him. The opposition scored a thrilling victory; Karthik, who made 29 off just 8 balls, was called the man of the match.

“This is one of the best moments of my life. To get it out there graphically and have people look at it, not to mention the fact that I was an integral part of the whole process was something I thoroughly enjoyed,” said Karthik, speaking in an interview.

Karthik collaborated with Saurav Ghoshal, one of the best squash players in the world to develop the NFT art project. During the lockdown last year, they stumbled upon the idea and spent considerable time fine-tuning it.

“I was keen on getting my emotion out there in the artwork. I wanted to encapsulate the moment and take the fan through what it must feel like for a cricketer, as the bowler stands at the top of his mark,” said Karthik, “I wanted everybody who has the opportunity to look at this NFT, to feel those moments.”

A public auction of the NFT will begin on October 12 and the winning bidder will be announced on October 17. A launch of an NFT couldn’t come at a better time for Karthik, given the popularity of cryptocurrency and blockchain. “I did a bit of a market research and was interested in exploring this space,” he said, “NFTs are the future, they are niche and unique products, are going to be part of the new way art is looked at.

NFTs- What are they?

Artists create such artworks by marking a digital signature on them, which identifies them as unique. Due to this uniqueness, blockchain-based art buying command a premium over traditional art sales.

Through the NFT route, Beeple’s digital artwork sold for $69,3 million at Christie’s auction house in March. At the time, it was the most expensive piece to sell via an NFT.

Earlier this year, a clip featuring basketball star Lebron James slamming a dunk sold for $ 208,000. Depending on the value assigned to them, NFTs can be traded over blockchain once they are sold.

Karthik’s last-ball six was inspired by an NFT transaction by Elon Musk’s ex-partner Grimes. On the NFT route in March, Grimes sold more than $ 6 million worth of her art in less than 20 minutes.

“That was my first introduction to NFTs — when Grimes’ paintings had sold for a substantial amount of money,” Karthik said, “I was interested to know more, began reading up on it, and that’s when my interest in NFTs started catching up.”

Kartik now wants to do to his videos what the NBA does in the United States by turning them into NFTs. “In America, the NBA has used NFTs as a platform to get fans closer to players,” he says, “There is a similar opportunity for Indians who are sports lovers and cricket lovers, and I’m excited about creating a relationship with them.”

Rarible is holding a public NFT auction for Dinesh Karthik. NFT art will be auctioned from October 12th to October 22nd, and bidders will need Ethereum to place bids. 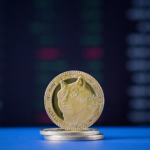 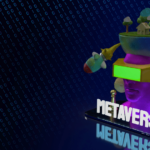