An orbital station is another name for a space station. It revolves around the Earth. It is, in essence, a big spaceship or man-made station in orbit that serves as a home for astronauts while also receiving numerous ships from Earth. It’s a sort of science lab, and several countries collaborated to develop it, as well as to use it.

Let us explain that the space station is made up of numerous sections that astronauts assembled in orbit. The space station is around 250 miles above the Earth’s surface. This station is used by NASA to learn about living and working in space, which will aid in space exploration. The space station, on the other hand, is a type of platform from which the planet may be studied and the secrets of the sky can be discovered.

What is the total number of space stations in the world?

Only one space station, the International Space Station, is functioning as of 2019. (Operating and permanently inhabited). Almas and Salyut series, Skylab, Mir, and Tiangong-1 are only a few of the previous stations. The Space Station was developed to allow scientists to work in space for extended periods of time.

Let us remind you that China’s Tiangong 2 space lab, a forerunner to the country’s planned space station, was launched in July 2019 and completed its mission in July 2019. Tiangong-2 was launched in September 2016 to test upgraded life support, refuelling, and resupply capabilities, all of which are critical for keeping a manned space station in low Earth orbit operational. Two astronauts were aboard the 10.4-meter-long spaceship.

Let’s have a look at the International Space Station and Tiangong-1 now.

What exactly is mission Shakti?

It is not incorrect to describe it as a space laboratory for new technologies, astronomical, environmental, and geological study. This is a space station built by scientists to study space in more depth.

The International Space Station is the world’s biggest spaceship, orbiting the Earth. Russia launched the first component of the ISS on November 20, 1998. The station was ready for people two years later. Since November 2, 2000, astronauts have been working in this station continuously. It weighs roughly 391,000 kilos and features many solar panels. Around six astronauts can stay on the space station for up to six months.

The space station flies at a height of around 248 miles (400 kilometres) above the Earth’s surface. It travels around the world every 90 minutes at a speed of roughly 17,500 miles per hour (28,000 kilometres per hour). Do you know that the station travels around the same distance as it would take to travel from Earth to the moon and back in a single day? When observed from Earth, it has the brightness of Venus and appears as a dazzling moving light across the night sky. Without the need of a telescope, it is plainly seen from Earth.

The International Space Station has been visited by 230 individuals from 18 nations. Kalpana Chawla and Sunita Williams, both from India, have done study in this area. Peggy Whitson set the record for spending the most time in space and working for 665 days on September 2, 2017. In the whole station, there are just two bathrooms. The urine of astronauts and laboratory animals is filtered and returned to the station’s main water supply, ensuring that the astronauts do not run out of water.

The oxygen at this station is produced by an electrolysis method. A spacewalk occurs when an astronaut leaves the station at any moment and moves in space.

Do you know that Russian astronaut Alexei Leonov performed the first spacewalk on March 18, 1965?

In April 2018, China’s prototype space station, dubbed “Heavenly Palace,” crashed into the Earth’s atmosphere in the Southern Pacific Ocean. Let us remind you that China launched the 10.4-meter long space station in 2011. Tiangong-1 has lost touch with the firm in March 2016, according to the China Space Agency of the China National Space Administration.

It’s been floating about in space since then. Tiangong-1 is approximately 11 feet broad and weighs around 9 tonnes (8 metric tons). The “experimental module,” where astronauts used to visit, and the “resource module,” which modifies Tiangong-1’s solar energy and propulsion system, are the two primary sections of this space lab.

So, now you know what the Space Station is and why it is so vital. 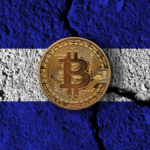 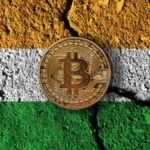