Steam has banned all games on its platform that allow cryptocurrency trading and NFT trading, which is a surprising development. It was announced that no games that allow the exchange of cryptocurrency or NFT (Non-Fungible Tokens) would be published on the platform. Since Oct. 6, this policy is in effect.

Valve, the owner of Steam, has not yet given an explanation for the move. Engadget first noticed the new rule which stated that Steamworks users and partners should not “publish blockchain-based applications that issue cryptocurrencies or allow the exchange of NFTs.”.

Cryptocurrency games are banned from Steam.

This decision will affect an unknown number of games at the moment. There are still some such games available online as part of the process. We’ll have to see what happens with games like Crypto Mining Simulator, which has nothing to do with actual cryptocurrencies but lets you pretend to mine them.

Age of Rust developer SpacePirate Games responded to this decision on Twitter. “Steam’s point of view is that items have value and they don’t allow items that can have real-world value on their platform. While I respect their choice, I fundamentally believe that NFTs and blockchain games are the future. It’s why I started this journey with all of you,” said the developer.

SpacePirate Games has announced that Age of Rust will now be published elsewhere and will contest Steam’s decision. It will keep creating NFTs and continue development.

For those not familiar with Steam, it is a platform for buying games on PC that is owned by Valve. The Steam Deck is a handheld console that allows players to experience PC-quality games on the go. Steam competes directly against Nintendo’s Switch console. 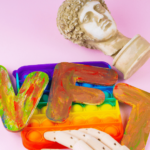 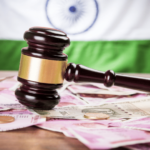